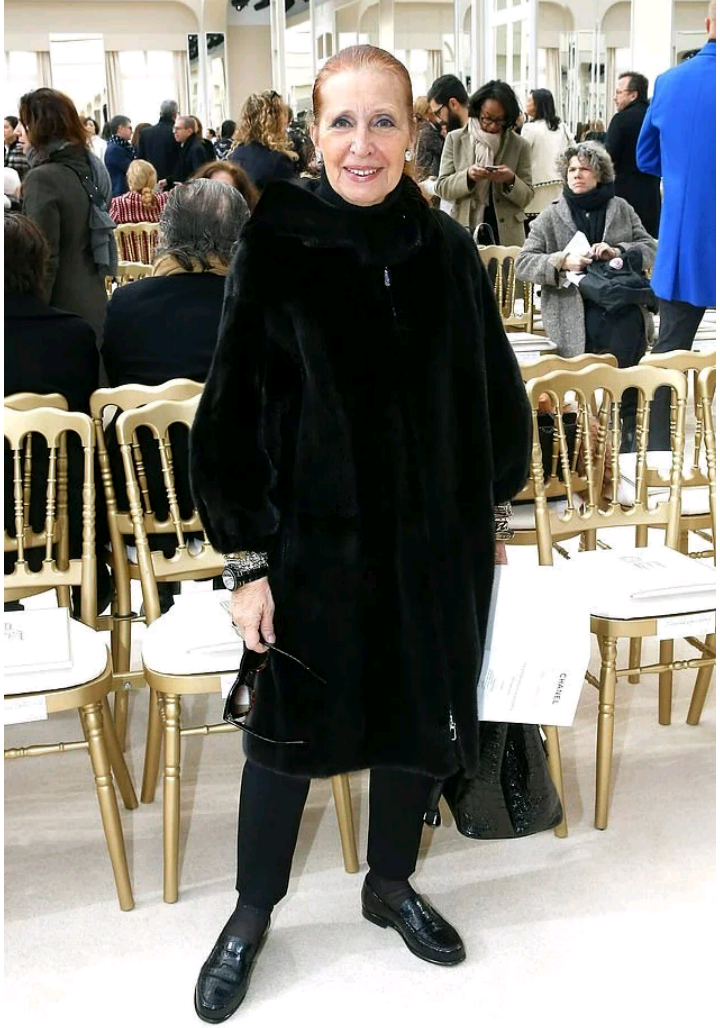 Best-selling author and my personal favorite author, Danielle Steel has increased her fanbase after she reportedly opened up about her intense writing process that includes her beloved typewriter and 20-hour work days — despite giving up caffeine 25 years ago.

The 71-year-old, who has penned 179 books and releases seven new titles a year, shared her daily routine with Glamour while promoting her new novel, Blessing in Disguise.

The profile quickly went viral, with people taking to Twitter to share their favorite quotes and facts about the prolific author, who typically dons a cashmere nightgown and snacks on bittersweet chocolate bars while writing in her luxurious homes in San Francisco and Paris.

Danielle Steel has penned over 179 books over the past four decades and releases seven new titles a year.

Then there is her desk: a one-of-a-kind, custom-made creation that is shaped like three of her best-sellers — Star, Heartbeat, and Daddy — and sits inside her office in her San Francisco mansion.

Steel is worth an estimated $350 million, and while she can easily pack it in and spend the rest of time living a life of leisure, she has made it clear in her latest interview that she will be churning out novels until she drops dead because she simply loves writing.

‘When I was first starting out, I had the same agent as Agatha Christie,’ Steel told Glamour. ‘I was about 19 years old and she was in her nineties. I met her once, and I remember she said, “I want to die face-first in my typewriter.” And I feel that way. I mean, I want to go on forever, just writing.’

The author is so close with her 1946 Olympia standard typewriter that she has nicknamed it ‘Olly.’ She bought it for $20 at the beginning of her career and hasn’t been able to write on anything else since.

‘Olly’s a big, heavy machine and it’s older than I am,’ she explained. ‘It has a very smooth flow to it and I can’t write on anything else.

‘I have anywhere between 12 to 15 of them that I’ve bought over the years, but they’re not good enough to work on. I keep them for parts in case there’s ever a problem, because this is a very endangered species!

But the true secret to Steel’s success? Not sleeping. The author admitted that she works 20 to 22 hours a day, and sometimes when a deadline is looming, she will sit at her desk for a full 24 hours.

She is worth an estimated $350 million!

‘I don’t get to bed until I’m so tired I could sleep on the floor. If I have four hours, it’s really a good night for me,’ she said.

Steel’s morning routine starts with her heading to her home office at 8:00 a.m. in a cashmere nightgown. For breakfast, she has one piece of toast and an iced decaf coffee. Miniature bittersweet chocolate bars are what she snacks on throughout the day.

To combat writer’s block, she just keeps working, preferring to have to correct pages that didn’t hit the mark rather than be left with nothing to work with.

She admittedly can’t read other books when she is working on her own, and because she juggles writing five or six novels at a time, she is almost never able to dive into someone else’s work.

If she has a spare moment, she likes to watch shows on Netflix, The Bodyguard with Richard Madden being her new favorite.

Steel also takes off one full week in the summer when she travels to the South of France. While on vacation, she spends time with her grandchildren and reads all the books she wasn’t able to enjoy during the year.

Twitter users were amazed by her discipline, including Glamour editor Samantha Leach, who interviewed the author for the profile.

‘I used to use “you have the same amount of hours in the day as Beyoncé,” as my inspiration to work harder. Then I profiled Danielle Steel for @glamourmag and every single word out of her mouth was a masterclass in productivity,’ she tweeted.

‘Danielle Steel has written 179 books, has nine children, and doesn’t drink coffee. My jaw is on the floor,’ writer Hannah Orenstein commented.

Steel, who grew up in France, said she has always been someone who burns the candle at both ends. She wrote her first novel at 19, but it took some time for her to get published. She was 26 when her first book, Going Home, came out in 1973, and it’s been smooth sailing ever since.