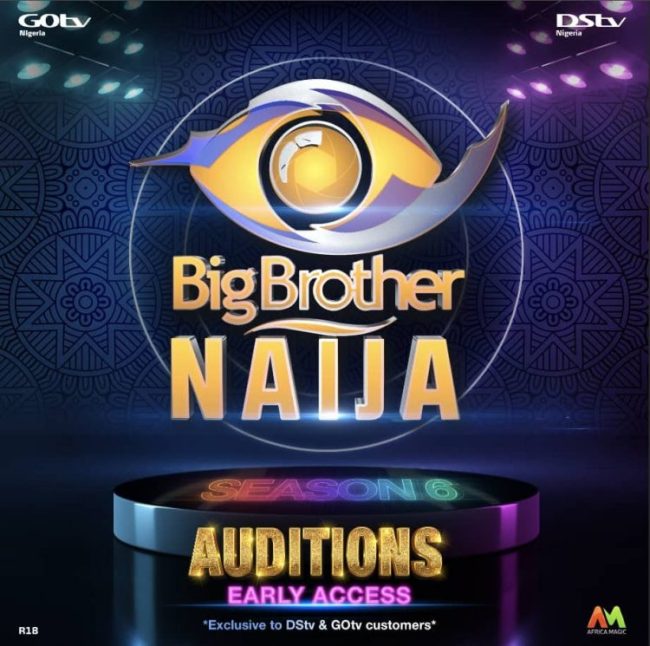 A post on its Verified Twitter page said that auditioning for the show would commence from 3rd to 16th of May 2021.

The first season of the show first aired on DStv Channel 37 from 5 March to 4 June 2006 while the fifth season of Big Brother Naija premiered on 19 July 2020 with 20 housemates and lasted 71 days.

Olamilekan “Laycon” Agbeleshe was crowned the winner of the fifth season. He received ₦85 million worth of prizes.

How To Apply To Big Brother Naija Audition

Those interested in participating in the reality show are expected to log on to AfricaMagic.tv/bbaudtion, upload a 2-minute video introducing themselves, telling Big Brother why they should Ben in the house this season.

It added that audition is free and open to persons who are 21-year old and above with a valid identity document.

The organizers also said those who partook in their early access audition shouldn’t audition again.

Big Brother Naija, formerly known as Big Brother Nigeria, is a Nigerian reality competition television series, based on the Big Brother television franchise, in which, contestants live in an isolated house and compete for a large cash prize and other material prizes, at the end of the show by avoiding being evicted from the house by viewers who vote for their favourite housemates to remain in the show.

On the start of the Auditions for this new season, Chief Executive Officer, MultiChoice Nigeria John Ugbe said: “We are strengthening our investment in quality content with another season of BBNaija. BBNaija has become one of the most anticipated TV events across Africa and this season promises to be even bigger and more entertaining”.

The popular reality TV show, which makes a return for a sixth season later this year, has already topped previous seasons as MultiChoice Nigeria earlier announced a grand prize of N90 million, which is the highest for a reality TV show on the continent.

‘If i was Baba Ijesha, i would have raped Iyabo Ojo’s daughter’ – Olaoluwa Peter