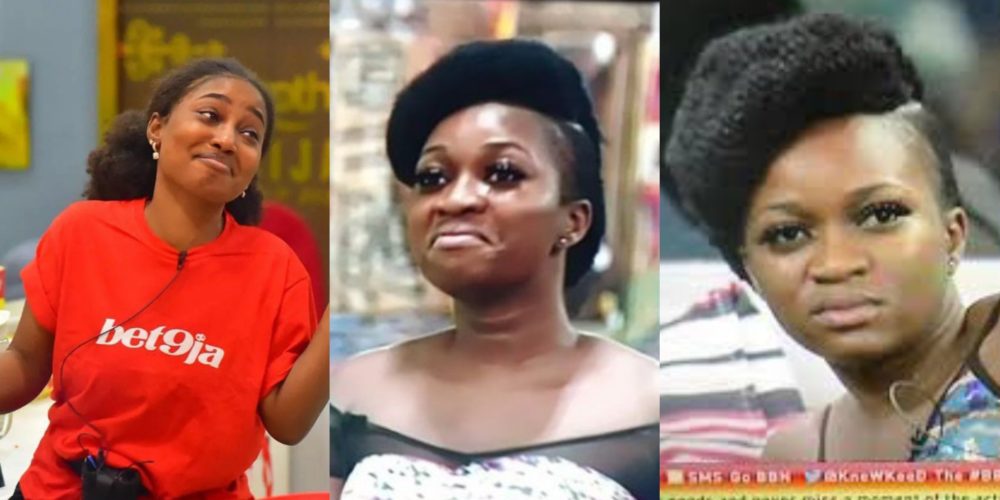 The pepper in the Big Brother House is finally beginning to boil.Viewers are getting the drama they want to see as Thelma and Esther engaged in a very heated argument.

The housemates had gathered to come up with ideas for a drama as instructed by Big Brother. Seyi was selected as the director for the drama.

Housemates were all putting heads together to come up with a perfect plan for the drama. Things took a bad turn when Esther confronted Thelma over the use of the word ‘imbecile’ which according to her is a very sensitive word and topic.

However, Thelma didn’t take Esther’s statement kindly as she challenged her and a heated argument ensued.

"Correct me like a human being" Thelma to Esther. Is there a beef going on between these two? #BBNaija https://t.co/hQMrhw8n7w pic.twitter.com/F1dFMFJSql

It took the other housemates to calm the tension down as the screaming and shouting match between the two ladies disrupted the drama plans.

Thelma, however, didn’t take Esther’s statement kindly as she challenged her.

All efforts made by Tuoyo to reconcile both housemates proved abortive as they both refused to call a truce. We just might have our first rivals in this season.

Related Topics:#BBNaijaPepper dem
Up Next

Celebrity stylist, Swanky Jerry gets range rover for his birthday