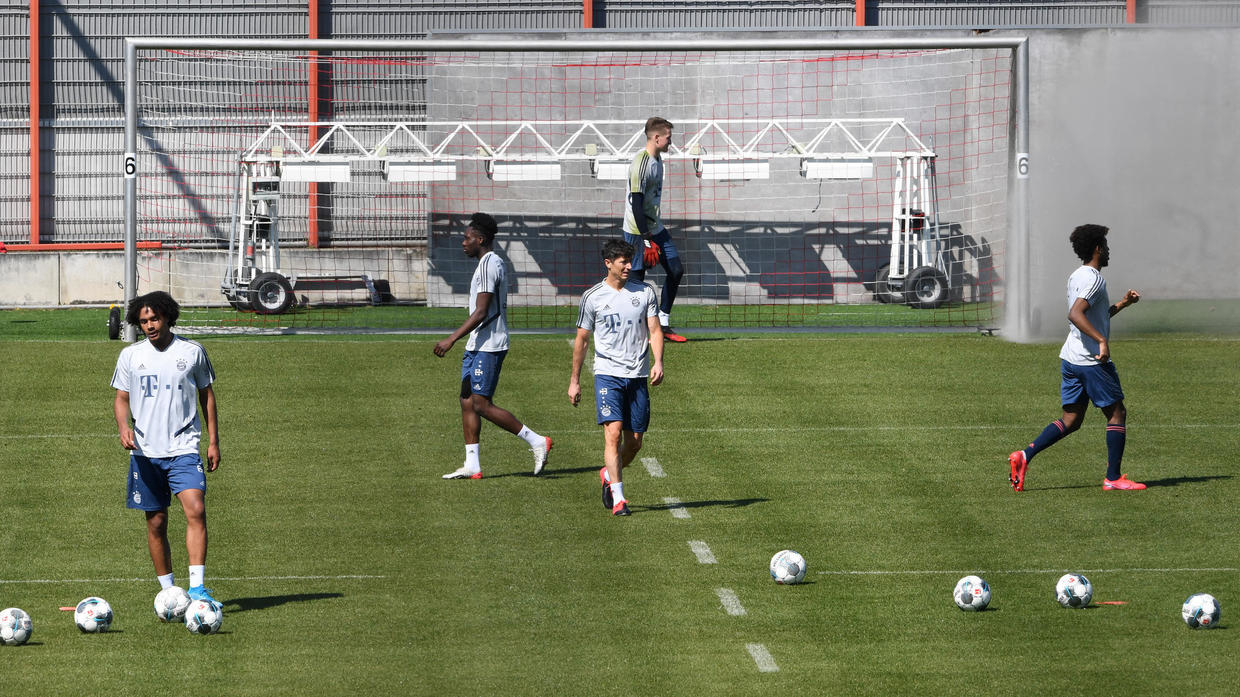 German Bundesliga champions, Bayern Munich on Monday resumed training for the first time since the German league was suspended due to coronavirus.

The players were however put through their paces in small groups and maintained social distancing measures.

Keeping at least 1.5 metres from each other, players including captain Manuel Neuer, Robert Lewandowski and Thomas Mueller trained together for the first time since the Bundesliga was halted on March 13.

“It was a very unusual feeling to hold a training session in small groups, but it was also nice to see the boys in person again,” said Neuer after Bayern had previously held training sessions online.

After arriving at staggered times to limit contact — with no greeting hugs or handshakes — the 21-man squad was split into five groups, each containing a maximum of five players.

When they changed, the players were kept four metres apart in the changing rooms at the club’s state-of-the-art training complex in southern Germany.

On the pitch, Bayern’s stars were careful to keep their distance from each other and there were no challenges or tackles.

Once training was over, the players left to shower at home, where they ate food provided by the club in lunch boxes.

Bayern asked fans to stay away from the Saebener Strasse complex, where hundreds of supporters usually turn up to see their heroes.

Other clubs also cautiously resumed training Monday, after the league’s ban on doing so until April 5 passed, amid hopes the league will resume in early May.

Bayern are four points clear in the Bundesliga table.

At the training ground of their closest rivals Borussia Dortmund, the players also did not shower or eat on site after a session that focused on running and shooting.

The only clubs in Germany’s top flight not planning group training this week are Freiburg, whose players continue to work individually, and Werder Bremen, where the city’s senate still prevents training in groups.

So far, more than 1,434 people have died in Germany from coronavirus.