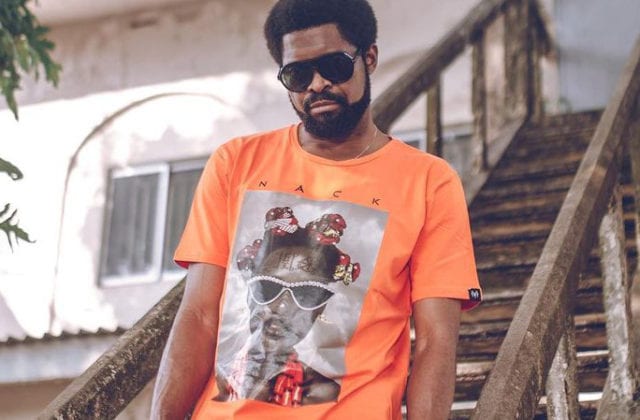 It’s the typical tale of a Nigerian saying, ‘Trouble dey sleep, man go wake am’, in the case of Basketmouth and a troll who humorously compared the comedian to a dog.

It’s probably that kind of a joke that comes out of nowhere much to the comedian’s chagrin.

This brought the popular Nigerian comic act, known privately as Bright Okpocha and on stage as Basketmouth to react to the picture comparing him to a dog.

The photo the Twitter user shared had paired the comedian’s photo side by side with a dog, which drew a lot of laughs from the internet.

Of course, this will definitely find its way to the celebrity, and when it did, he shared it on his Instagram and Twitter pages.

In his comical way, he avowed that his haters are at it again.

The comedian joked that the perpetrator won’t find peace and promised to find where the picture originated from.

“THE HATER THAT DID THIS WILL NOT FIND PEACE..I’M COMING FOR YOU, LEMME FIND FUEL 1ST… MAX 2 MONTHS. YOU’RE MINE”.

It’s quite a hilarious one though, which of course Basketmouth won’t hold at face value judging by how the whole joke came up.

The troll was quite creative and probably must have created some sort of publicity for the comic act himself in a way he least expected.

And he is probably in on the joke. Perhaps we can expect some sort of collaboration between the two in the future or some in joke in the comedian’s next stage act.

Related Topics:BasketmouthBasketmouth and dog
Up Next

Cristiano Ronaldo May be Ageing but he has the Dance moves