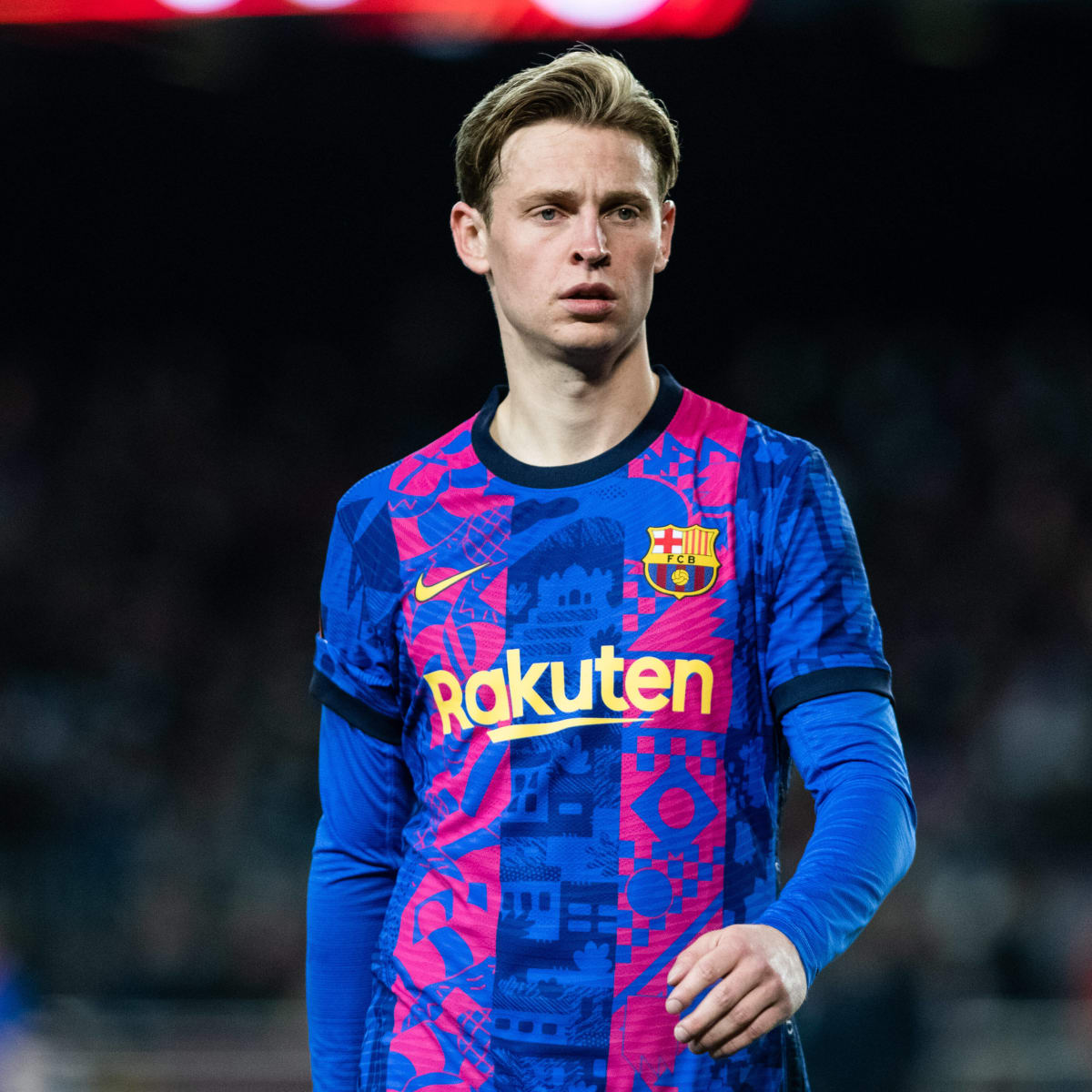 It’s a frustrating one for Barcelona’s midfielder, Frenkie de Jong as he is continually linked with an exit from the Catalan giants with a trip up north to Manchester, England.

The reports are one that is of panic especially to someone who has repeated time without number that he has no interests leaving Barcelona for any club in the summer.

Still, it’s those talks the Dutch man can’t control as he finds himself a slave of.

And as the reports keep coming, the former Ajax man has nothing else to do but to resign himself to fate and not rule out a mover to Old Trafford to link up with former manager, Erik ten Hag.

For him, it wouldn’t be something he sees as worth panicking about, even though he very much would prefer to stay at Barca.

De Jong realizes the decision isn’t left to him any longer but the clubs; specifically his current employers.

As it stands, Barcelona would need to ship out some players in order to register new ones, downsize its wage bill and ensure the club’s stability.

With him being linked with a move away from the Catalans, it’s a possibility he may end up being sacrificed by the club come the end of the summer.

“I have enough confidence in myself [to be a success at Barcelona]. I am not afraid,” he said when speaking with Dutch newspaper Algemeen Dagblad.

“I recently spoke extensively with the trainer [Xavi]. That was a very good conversation. I will not go into that [the links to United]. Not even about other names or clubs. I understand that that link is made. That sum is not that difficult, it is logical,” He explained.

“I have enjoyed working with Ten Hag at Ajax – and I can’t look into the future, of course. But I prefer to stay at Barcelona. As long as I don’t hear from the club management, I assume nothing is going on,” he said.

The Curtain falls on the Shakira-Pique Romance