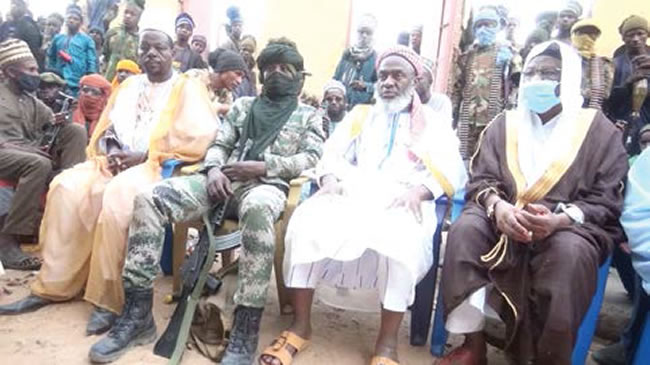 Kaduna State Governor, Malam Nasir El-Rufai said on Monday that efforts being made by a prominent northern Islamic cleric, Sheikh Ahmad Gumi to woo bandits to lay down arms and embrace peace may be an exercise in futility.

The Governor said the bandits were used to getting big money and would find it difficult to repent after all.

El-Rufai insisted that his administration was at war with the bandits and, therefore, has no room for negotiations, adding that any bandit arrested in the state would be killed.

The Governor stated these in an interview with the BBC Hausa monitored in Kaduna on Monday.

“My administration is at war with the bandits and so we cannot negotiate. Eliminating them is the only solution to banditry,” he said.

According to him, Gumi is wasting his time as there won’t be any forgiveness and compensation for bandits.

“I never believed that a Fulani herdsman who ventured into banditry and is collecting millions of Naira as ransom will repent. I spoke to Dr Gumi, who is my friend; I explained that the majority of these bandits don’t believe in the religion. That is why they kill mercilessly.

‎”Anybody who thinks a Fulani herdsman that was used to only getting N100,000 in a year, after selling a cow, but now is getting millions through kidnapping for ransom will stop is only wasting his time,” he added.

The Governor also lamented over the division amongst governors in the Northwest region on the synergy to confront the criminal elements in the North.

He maintained that while some of his colleagues preferred dialogue with bandits as a solution, he and other governors thought otherwise.

El-Rufai said, “We the governors lack unity among ourselves in this region in working as one to neutralize the bandits. We in Kaduna and Niger State are talking on how to end the problem.

“The Governor of Niger State called me and we are discussing. Anybody that thinks a Fulani man that ventured into kidnapping for ransom and he is earning millions of Naira would go back to his former life of getting N100,000 after selling a cow in a year must be deceiving himself.

“Why should they be compensated after killing people? They destroyed their houses. Who offended them? Ahmad Gumi is my friend and this is what I told him.

“I told him that the majority of these Fulani bandits don’t believe in religion. Therefore, I don’t believe in what he is doing, that they should be forgiven and compensated. If any ‎bandit is arrested in Kaduna State, the bandit will be killed because Kaduna is in war with bandits. They kill without mercy, they don’t believe in the religion.”