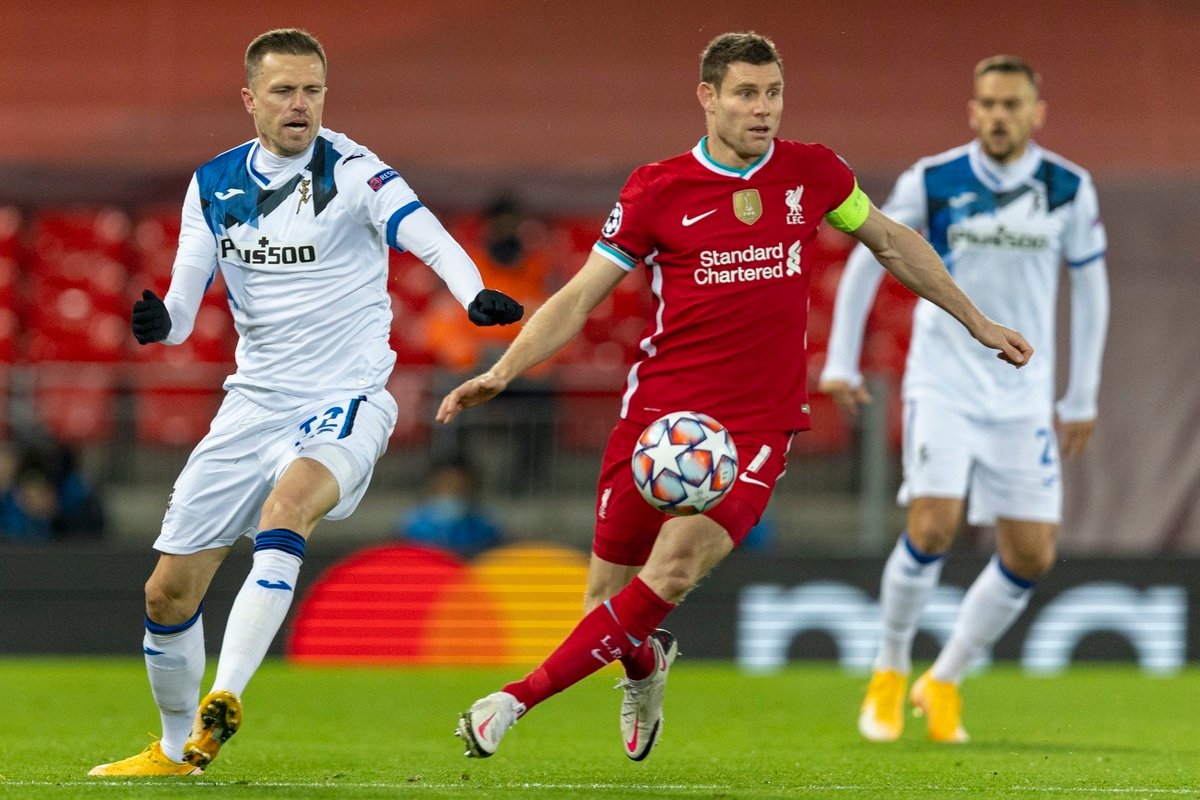 On Wednesday, Jurgen Klopp admitted Liverpool could have no complaints after they wasted a chance to book their place in the Champions League last 16 as Atalanta earned a shock 2-0 win at Anfield.

Klopp’s side could have guaranteed qualification from Group D with a victory, but they produced a poor display that was deservedly punished by the impressive Italians.

Two goals in four minutes from Josip Ilicic and Robin Gosens in the second half gave Atalanta a memorable victory that ended Liverpool’s 100-percent record in this year’s tournament.

Liverpool had thrashed Atalanta 5-0 in Italy at the start of November to make it three wins from their first three group games.

But for the first time since Virgil van Dijk was lost to a serious knee injury at Everton in October, the Reds looked vulnerable at the back in a rare Anfield defeat.

Beaten for the first time in nine games in all competitions since Van Dijk was sidelined, Klopp’s group leaders still have their Champions League destiny in their own hands.

“A deserved defeat in a difficult game. The ref didn’t whistle a lot and that makes it even more difficult, for both sides. It was unbelievably intense and you need some breaks,” Klopp said.

“When the first half is gone, you usually settle but for some players who didn’t play for a while it was very intense for them. We didn’t find a way in the game.”

Early qualification would have allowed Klopp to rest players for the final two group matches amid a hectic schedule.

Instead, Liverpool host Ajax next week with work still to do before their final game against Midtjylland.

“It was not a good game. We had moments but not real chances. It could happen to other teams,” Klopp said before complaining about Liverpool having to play Brighton in the early Premier League game on Saturday.

“You ask us to go Saturday at 12:30, which is nearly a crime. That is nothing to do with the result. Thumbs up, no injuries and we go again.”

Atalanta’s victory moved them level with Ajax and within two points of Liverpool.

Even so, this was a sloppy showing from the Premier League champions.

– Frustrated Klopp –
Atalanta took advantage of Liverpool’s lack of cohesion at the back when Gosens got in behind Matip and smashed a powerful strike that Alisson Becker pushed away.

Papu Gomez was next to exploit Matip’s creaky start when he eluded the centre-back and fired just wide from the edge of the area.

Liverpool were no more convincing in attack, despite the presence of Mohamed Salah — back after missing one match due to his positive coronavirus test.

Waving his arms and gesticulating at his players, Klopp’s frustration was visible as half an hour passed without Liverpool mustering a single shot.

Salah finally had a sight of goal just before half-time, but he couldn’t keep his effort on target.

Liverpool were no better after the interval and they fell behind in the 60th minute.

Gomez whipped over a teasing cross that Liverpool failed to deal with and the unmarked Ilicic stole in to slot past Alisson from close range.

Klopp had seen enough and made four changes immediately after the goal as he hauled off Salah among others and sent on Diogo Jota, Roberto Firmino, Fabinho and Andrew Robertson.

The switches weren’t enough to spark lethargic Liverpool into life and Atalanta struck again in the 64th minute.

Liverpool were dreadfully slow to react as Gosens produced a clinical finish from 10 yards after Gomez’s precise delivery was nodded across goal by Hans Hateboer.