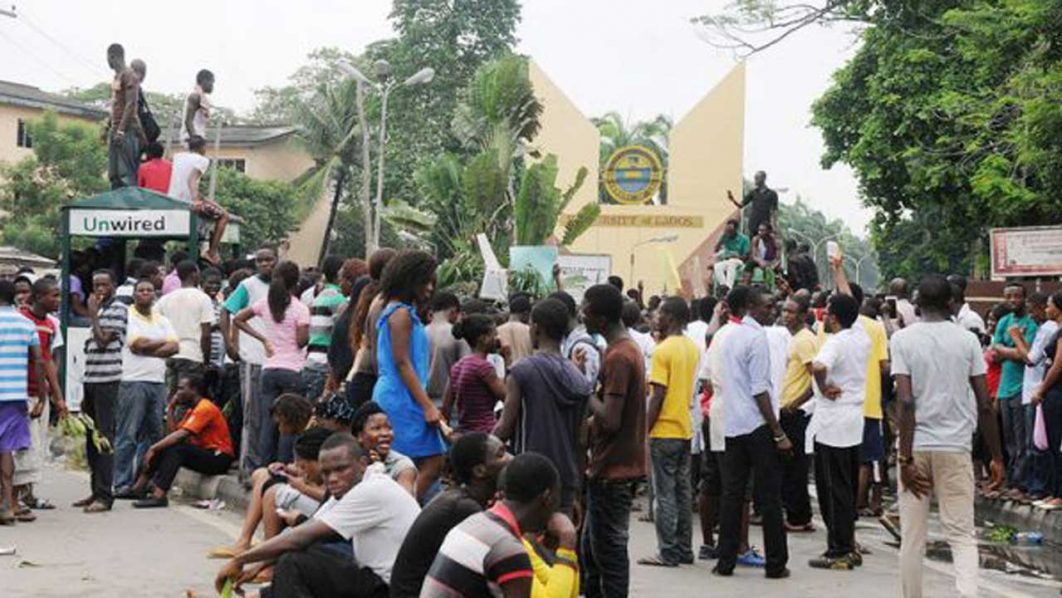 However, a team of security officials, including men of the Nigeria Police Force, were on stand by at the main gate of UNILAG main gate following the planned protest the group of students over the lingering strike action of the Academic Staff Union of Universities.

It was reported that some students had gathered at the main gate of UI, under the aegis of “Fund Education Coalition”,  with their banner bearing captions like “we say no to commercialization of education”, “every one of us must rise to defend education”, “we stand with ASUU revitalization demand”.

The strike action of the lecturers which is entering its fourth month has left public universities shut since its inception following the lecture’s demands, which the Federal Government had, allegedly, not met.

ASUU had accused the government of poor commitment to the payment of academic earned allowance; the continued use of the Integrated Personnel Payroll Information System and refusal to adopt the Universities Transparency and Accountability Solution, among others.