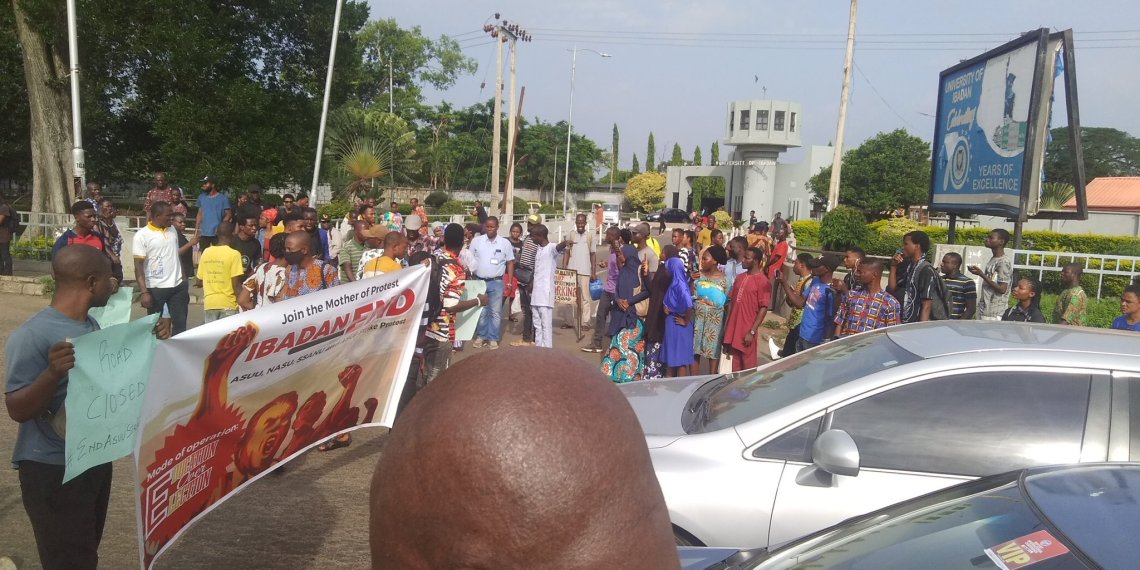 A large crowd of Oyo State students have staged massive protest at the main gate of the University of Ibadan.

This happened on Friday, May 13 as the students expressed their plights over the ongoing ASUU strike.

200 level UI student, Solomon Emiola, who led the protest said, “Our leaders have continued to play politics with our future.

“Our goal is to shut down the whole of Ibadan, until our demand is met.”

According to him, the protest will go on everyday until the government is ready to listen to their cries.

The Nigeria Police Force, Nigeria Security Civil Defence Corps and Nigerian Army operatives were present to forestall the breakdown of law and order.

Related Topics:ASUU Strike protest
Up Next