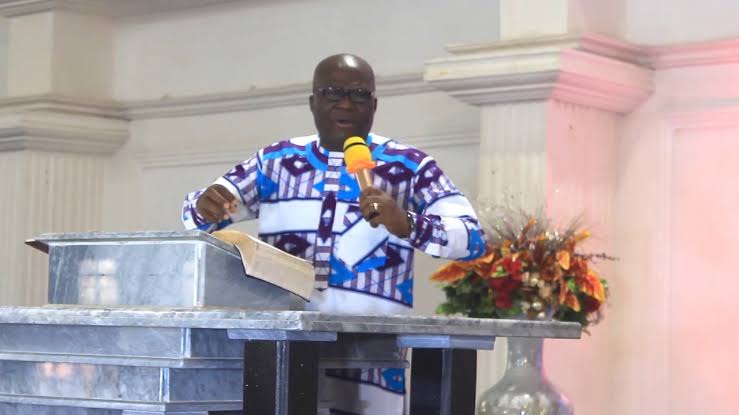 On Friday, Bishop Maxwell Korie, the Chairman of Southern Christian Association of Nigeria, CAN, and Forum and National Vice President, South-East Pentecostal Fellowship of Nigeria, PFN, spills that any presidential aspirant for the 2023 general election that “cowardly” refuses to make statements, condemning the killing of Deborah Samuel was not qualified to be the next President of the country.

“We are keeping track of the responses of the Presidential candidates. If any of them is such a coward, that he refuses to make an appropriate statement about this, we now know that we should not entrust the affairs of the country into such a hand.”

“All the people involved must be given the appropriate punishment according to the laws of the land. It is a case of wicked murder. It’s not manslaughter.

“They moved against her with a deliberate intention to get her eliminated. So it is not a case of manslaughter,” he said.

“As we prepare for election 2023, the Penticostal Fellowship of Nigeria, PFN, which is the umbrella Association for all Pentecostal and Charismatic Churches in Nigeria are making an emphatic statement that any political party that fields Moslem-Moslem candidates for the presidential election, we will work against their candidate succeeding.

“That’s is, by withholding our votes from them and in order to punish them for such plunder, we will make sure that all their candidates from the State House of Assembly upwards will loose our votes.

“If you dare it, our reactions begin from State House of Assembly election.

“We are calling on all well meaning Nigerians, including Moslems who have a sense of equity, justice and fairness to fall in line with us to ensure that this absurdity is not associated with any of the two major political parties in Nigeria, APC and PDP,” the PFN leader added.

According to him, he was in the State “to encourage the Brethren and the servants of the Lord in the work of the Lord.

“We encourage all the Ministers and children of the God to get their voters card in preparation for the 2023 general election in case it holds.”

Related Topics:Deborah Samuel
Up Next