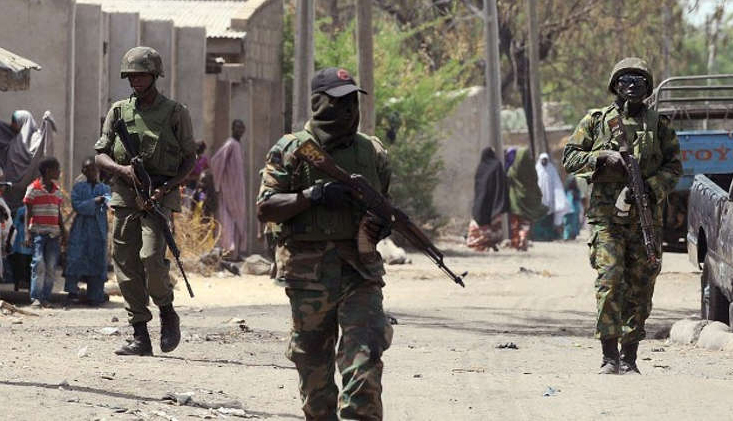 The Nigerian Army also suspended the sponsorship of personnel in civil institutions with the exemption of students in the final year, in the memo dated May 11.

This is happening as the army continues to suffer heavy casualties in its counter-insurgency operations that have seen hundreds of Boko Haram and ISWAP terrorists also neutralised by gallant Nigerian troops.

In a recent attack, not less than 30 soldiers were reportedly killed in April when Islamic State-aligned fighters ambushed a military convoy escorting weapons and overran a base in Mainok, Borno State.

A month earlier, about 30 soldiers were reportedly killed in four attacks by Islamist militants in the North-East.

On April 26, wherein 40 persons were killed in Anambra, Imo, Kebbi and Rivers states, two soldiers and three policemen were among the casualties.

In March 2020, at least 70 soldiers were killed in an ambush by ISWAP terrorists, AFP reported.

The insurgents reportedly fired rocket-propelled grenades at a lorry carrying troops as it travelled near Gorgi village in Borno State.

The decade-long Boko Haram insurgency has killed around 40,000 people and displaced over two million in the North-East, according to the International Crisis Group.

The military has also recorded many gains against the insurgents foiling their attempts to take over territories and also neutralising them in their numbers.

For instance, the troops sometime in April eliminated at least 40 Boko Haram terrorists in the town of Dikwa in Borno State. Several other members of the terrorist group were reportedly wounded but managed to escape.

In another operation in the same month, troops killed at least 21 Boko Haram terrorists in the Geidam region of Yobe State, according to a statement by the Army spokesperson, Brig Gen Mohammed Yerima.

Sometime in March, 57 Boko Haram fighters were reportedly killed by soldiers in the Damboa and Gwoza local government areas of Borno State.

Most recently, at least nine Boko Haram militants were killed in a gunfight with security forces in Borno State on Tuesday, Yerima said in a statement, adding that troops of Operation Hadin Kai killed the terrorists as they attempted to attack the outskirts of Maiduguri, the Borno State capital, Tuesday.

Yerima said the militants tried to advance from the Aldawari axis to attack soft targets in Jiddari Polo but were repelled by the combined troops of the army, police, vigilantes, and hunters.

In February, Yerima disclosed that troops cleared Marte, Borno State, and its surrounding areas of terrorists who had laid siege to the region for some days.

Yerima said the troops, backed by air cover of the Nigerian Air Force, successfully recovered the town in less than 48 hours.

Following the shortage of personnel to fight rising insurgency across the country, Saturday PUNCH learnt that the Nigerian Army had recalled all its personnel studying at various civil institutions except those in the final year.

It is however unclear whether the recalled personnel will be deoployed for administrative purpose or combat operations in the war front.

The memo seen the press was signed by Brigadier General I. A Ajose on behalf of the Chief of Army Staff, Major General Ibrahim Attahiru, and titled, ‘Exemption of Ex Boys (NMS) from Personnel Affected by Directive on Suspension of NA Sponsorship to Civil Institutions.’

The memo was referenced AHQ DA/G7/230/164 and addressed to the Ministry of Defence, Office of the National Security Adviser, Defence Headquarters, and Nigerian Defence Academy.

“References A-C conveyed directives for the recall of all NA personnel studying in civil institutions as well as the suspension of NA sponsorships, with the exemption of final year students. Consequently, I am directed to respectfully inform you that the directive does not include Ex Boys (NMS). Grateful (sic) treat and acknowledge,” the memo stated.

Speaking with Saturday PUNCH, two top military sources, who are brigadier generals, said the development was a result of the insufficient number of army personnel fighting insurgency across the country.

The sources, who declared that the country was already at war, said personnel could not be studying in schools while a war was going on.

“We are in a war situation, but it seems Nigerians are taking things lightly. This is a war situation, and we have less than 200,000 soldiers in a country of around 200 million population. So we are lacking personnel, and as a matter of fact, we have started recruiting,” one of the military sources said.

“We cannot have a war situation and they are in school. But those in final year are exempted,” he added.

The source said the army would cope better if other security agencies, particularly the police, would complement their efforts rather than being attached to politicians and other VIPs.

He said, “How do we cope? If the police, Immigration and Customs personnel will do their work, probably we can cope. Everybody is waiting on the soldiers, but where are those who are supposed to complement the army?

“Every politician has about five or six policemen attached to them. Is that how we are going to fight a war? Sincerely, this is the only reason for the withdrawal of soldiers from civil institutions.”

The source also debunked that there was disaffection between top military personnel and the ex-boys of the Nigerian Military School over the directive issued by the COAS.

Another military source, also a brigadier general, said the country was in a state of war and could not but recall personnel in civil schools.

He said, “We are in a war situation. The era of an officer gallivanting around the world when we are in a state of war is over. What the military has done is the right thing. People even asked for the recall of retired personnel. That will not and cannot work. You know why? These men are tired. That is why they were asked to go when they either reached the official age or were considered not fit again for the system.

“It is equally difficult to integrate them back into the system. Some of them have joined political parties and some of them have openly made their views known about the present government and its tactics. So, for the sake of the system and the nation, it is better to use those still in the force. After all, that is what they signed for.”

The source added that even if retired personnel were called upon, there was no means of paying them due to the country’s economic crisis.

He said, “Also, on the issue of insurance, how do we handle it if we have to recall old hands? Who will pay their salaries and other emoluments when the country is even broke and cannot meet some of its financial obligations?

“Those recalled are aware that they were on mere postings before and could be deployed with or without notice. That is the beauty of the job. I am sure that the concerned men and officers are aware of how the system works.”