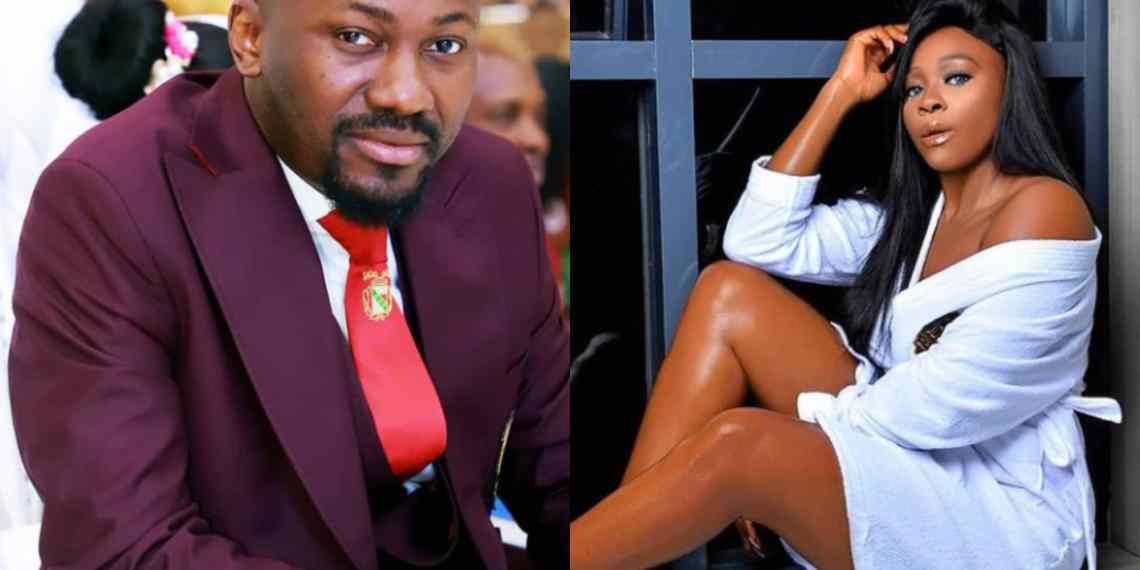 
Nigerian cleric Apostle Johnson Suleman has reacted to the allegations made by actress Chioma Ifemeludike that she slept with him in 2016 and he paid a huge sum for her sexual services.

Upcoming actress Ifemeludike alleged that she was preparing to go for NYSC at the time and needed money so her colleague, Lynda Clems, allegedly pimped her off to Suleman for sex.

Suleman, the General Overseer of Omega Fire Ministry (OFM), is said to have reacted to this allegation in church on Sunday,  August 22.

In a video making the rounds online, Suleman said he is upset that his members have been sending him encouraging messages in the wake of the allegations and warned them to stop.

He said in the video: “Why are you encouraging a man that is not discouraged. I’m upset since yesterday. I saw messages saying that I should not worry. Read my countenance, when you see me moody you can encourage me. Do I look like somebody who needs encouragement? I’m not discouraged at all and I’m not angry at those insulting me on social media.”

He added that the people insulting him online are only reacting to what they read online.

He further stated that he hasn’t watched any of the videos accusing him of sexual misconduct.

He said: “My wife can bear witness, all the video done against me I’ve not watched one. Many of you have watched it but me, the subject matter I’ve not watched one. What I don’t see cannot affect me. Somebody sent me a video from a blog yesterday, that was the last time it was on my phone. I guard my heart so that I can have fellowship with God. Stop all these rumors and gossips. What will not encourage me I don’t give attention to it.”

Watch him speak in the video below.

Johnson Suleman is a Nigerian televangelist and the senior pastor and general overseer of Omega Fire Ministries International, a church with its headquarters in Auchi, Edo State. After working as an assistant pastor in the Armor of God Church in Lagos from 1998, he started Omega Fire Ministries in 2004.

Related Topics:featureSuleman sex
Up Next