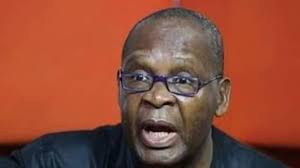 Joe Igbokwe, a chieftain of the ruling All Progressives Congres (APC) in Lagos State, on Saturday, said another option to effectively tackle the ongoing insecurity in the southeast is for stakeholders to visit President Muhammadu Buhari in Abuja and request for security to protect lives and property.

He also alleged that the Peoples Democratic Party (PDP) sponsored the proscribed Indigenous People of Biafra (IPOB), in 2015 after losing the presidential election.

Igbokwe, in a post on Facebook, however stated that he has paid his own price to the insecurity in the zone, through the burning of his house in Nnewi, Anambra State, last year.

WAKE ME UP WHEN THE MADNESS IS OVER IN THE SOUTH EAST.

Please wake me up when the madness in South East is over. When it is over the story will be told how wickedness, hate, bigotry, selfish sense of superiority,  paranoid grandiosity, and Iam better than others led to unmitigated disaster we have in the South East today. Under our own very eyes Igbo are killing Igbo in great numbers. We are burning our homes( mine inclusive) burning our markets, our LGAs, our Police Stations and killing policemen, looting our common patrimony and decimating the vibrant economy of South East. We call them IPOB, ESN and UNKNOWN GUNMEN and celebrate their ugly and shameless dispositions. We clapped for this madness with reckless abandon.

Yesterday our Elders were celebrating them. Our business men were wiring money to them in billions to buy their safety and secure their homes, their families, businesses, their freedom. The worst, the criminals, armed robbers, kidnappers and wretched of the earth we chased away are returning home in droves. The 21 century hediots are taking over our homes, our markets, our banks, industries, government institutions, security architecture. Our daughters are now their wives. They run errands for them, cook for them in the bush, sleep with them in the bush,and act as spies for them.

President Buhari won elections in 2015 and IPOB, a branch of PDP took to the streets to vent their anger , stupidity and frustrations. Our leaders: the intelligentsia, Governors, Law Makers, University Dons, Bishops, Traditional Rulers, Business Moguls, Chieftains of Industries, Men of Issachar, the vibrant and useful Youths, and all other stakeholders in the South East looked the other way thinking that blackmail, morbid silence, and unconcerned attitudes will help. It did not. It ended in disaster, frustrations and deaths.

The one million Containers of hate and bigotry we deliberately imported into South East have berthed quietly and neatly too in Igboland. We are offloading the goods into various warehouses across Igboland . They are selling like hot cakes and everybody is receiving his or her own share of the goods. I received mine on Sunday October 3rd 2021 in Uruagu Nnewi. President General Ohaneze Worldwide Prof George Obiozor received his own too( please know this and have inner peace: an attack on OHANEZE President General is an attack on all Igbo anywhere in the world). Akunyili Family received theirs too. The late Chu Okongwu family in Nnewi received  theirs too. Governor Hope Uzodinma received his containers too. Police personnels, police formations, INEC offices, LGAs etc were not left out in the distribution of the largesse. I can go on and on.

Now how do we reclaim the land of the rising sun? There are two ways to go about it:

Finally the situation in Igboland today demands that every man in Igboland has a duty to do. Igboland expects every man to stand up and do his duty to the land of the rising sun. I have done my duty to Igboland. Do yours now or we lose everything to criminals and bandits. Case rested!!!