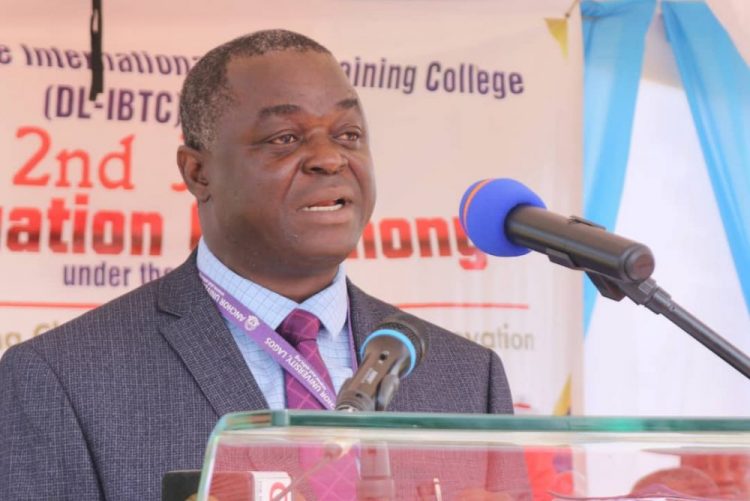 The abducted Deputy Vice-Chancellor of Anchor University, Lagos, Prof. Johnson Fatokun has been released by his abductors, TopNaija can confirm.

Anchor University is a faith-based institution owned by the Deeper Christian Life Ministry. Fatokun was kidnapped on Monday while on his way from Jos, Plateau State to Nasarawa State around 9.00pm.

The kidnappers earlier demanded for N20 million ransom to set him free. We gathered that about N7 million was paid as ransom before the kidnappers released him on Wednesday evening.

A flash on the Facebook page of Anchor University said ” BREAKING: DVC RELEASED! To the glory of God, the Deputy Vice Chancellor, Anchor University, Professor J.O. Fatokun, has been released.”

Earlier in the day, TopNaija had gathered that the kidnappers who claimed to be members of Boko Haram threatened to take him to their camp if N7 million was not paid to them between today and Thursday.

On Tuesday, the Management of Anchor University had issued a statement confirming the abduction of Fatokun.

“He was abducted in Nasarawa State on Monday, 18 January 2021 on his way from Jos, where he had gone to attend to family duties.

“The University, in partnership with the nation’s security agencies are currently working tirelessly to ensure his release within the shortest time possible. We have already established contact with him and wish to inform the public that he is in good spirit.

“Fatokun, a Professor of Computational Mathematics and Numerical Analysis, is one of the most valuable staff of the University, who has contributed immensely to academic research for development nationally and internationally.
“We wish to extend our appreciation to the University’s friends and well-wishers who have expressed concern and support for the Institution since the incident took place.

“Please join us in prayer as we continue to navigate this tough-terrain and hope to share the news of his release in a short while,” the statement issued by Okesola Sanusi, Assistant Registrar, Strategy & Communications had said.
Fatokun is a Professor of Computational Mathematics and Numerical Analysis. He was formerly the pioneer Deputy Vice-Chancellor, Federal University, Dutsin-Ma before joining the services of Anchor University in 2017 as the pioneer Dean, Faculty of Natural and Applied Sciences which later became Faculty of Science and Science Education.

He likewise pioneers the Directorate of Academic Planning and Quality Assurance, until his appointment as the pioneer Deputy Vice-Chancellor, Anchor University, Lagos.

His areas of Research interest are in Numerical Methods for Solving Differential Equations and its applications to Modelling, Biology and Medicine, Novel Teaching and Learning Methodologies.