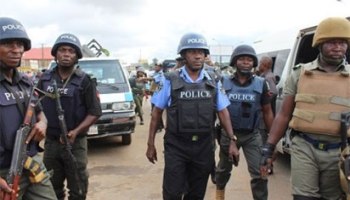 There was grand celebration in Enugu Ukwu community of Njikoka local government area of Anambra State yesterday as five persons described as very notorious criminals, and said to be on the wanted list of the Anambra State Police Command submitted themselves to police authorities.

The suspected criminals were led to renounce their criminal ways by their leaders; Mr Emmanuel Okafor, and Mr Nnadozie Nnenwa both aged 26, and popularly known in the area as Ten Kobo and Uta respectively.

The renunciation came during a two-day drug awareness campaign organised by the Enugwu Ukwu Community Development Union, headed by the President General of the community, Hon Bonny Ozo Nkwuaku.

The kingpins, who residents of the community said had been torns in their flesh led their gang members out during the programme which featured lectures on the dangerous effects of illicit drug consumption, cultism, armed robbery, kidnapping, rape and prostitution.

Okafor and Nnenwa who spoke on behalf of their gang members during the renunciation begged the community for forgiveness, pledging not to return to their old ways.

They solicited with well meaning people in the community to help them start something meaningful, saying that part of the reason they indulged in crime was joblessness.

The President General while reporting to the traditional ruler of the community, Igwe Ralph Ekpeh earlier during a courtesy call shortly before the commencement of the programme said his leadership believed that only negotiation, dialogue and sound advice, rather than arrest and imprisonment can keep youths of the community off vices.

Nkwuaku said he and members of his executive thought out the programme and specifically sought out notorious criminals in the community whom they preached to, on the importance of living drug and crime free life.

He said, “I am particularly happy that this is happening under my watch as president general. We walked around the community and sensitized the people of the need to shun cultism, robbery, drug, prostitution and others.

“These suspected armed robbers who have been on police wanted list will also receive amnesty today as they have vowed they will not engage in crime again and if they fail, we will now bring to bear the full weight of the law.”

Nkwuaku said his executive had met and dialogued with prominent personalities in the community on the possible ways of rehabilitating the repented criminals.

Mr Oddy Akubuike, Chairman Enugwu Ukwu Youth Forum told DAILY POST that, “We have mapped out ways of absorbing the youths that have renounced crime.

“We have Bought WAEC forms for the ones that want to go to school, barbing equipments, and others which we will use to empower them.

“We have spoken with various prominent persons in the community and we are going to integrate them into the society through skills acquisition and empowerment.”

The DPO of Enugwu Ukwu police division, Mr Dan Uke who was at the event confessed that the suspects have been terrorising the area for a long time, and have also given his men cause for concern.

He said, “When the PG brought Ten Kobo to my office early this morning, I was surprised that he accepted to come, because we have been looking for him. When I saw the look of remorse on his face, I told him I will not arrest him for accepting to come by himself, but I asked him to write an undertaking that be would not engage in crime again.”

The traditional ruler of the community who was represented by the traditional prime minister, Chief Clement Nwafor expressed happiness at the programme and the renunciation of crime by the suspected criminals, urging youths to engage in meaningful ventures as a way to take their minds off crime.

The programme featured an awareness campaign, which saw youths of the community walking through major roads and sensitising all of the need to stay off vices.

Plane Crash Averted In U.S. With 157 Passengers Onboard