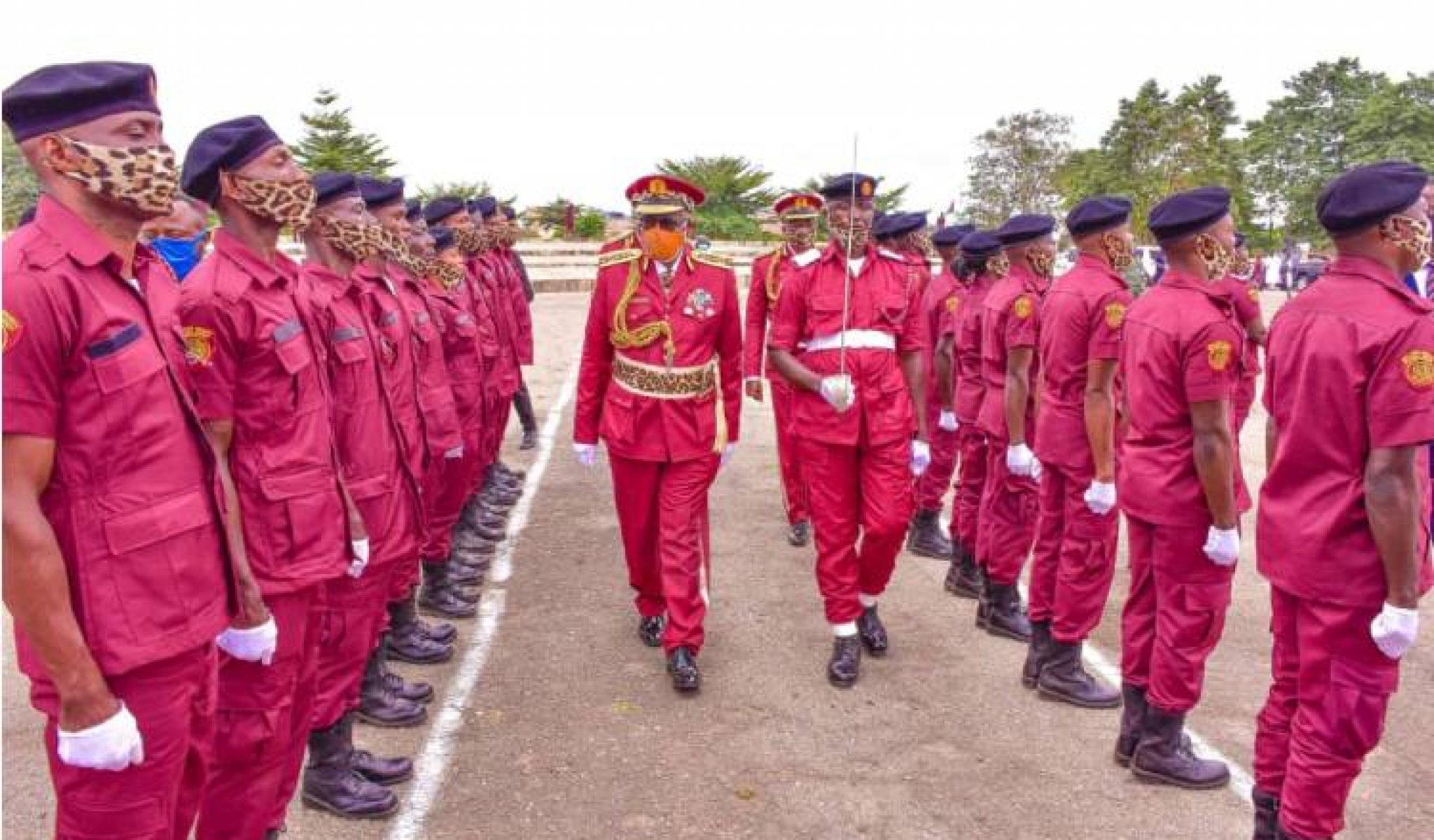 Amotekun officials across Osun, Oyo, Ondo and Ekiti states, who spoke separately with our correspondents, said they had got credible intelligence that terrorists fleeing military operations in the North-West would seek refuge in the forests of the southern states.

Western Nigeria Security Network codenamed Operation Amotekun, is a security outfit based in all the six states of the South Western, Nigeria, responsible for curbing insecurity in the region

Amotekun personnel, therefore said they had started combing forests in the region for the fleeing terrorists from the North-West.

As South-West states beefed up security, groups including the  Arewa Consultative Forum; the pan-Yoruba group, Afenifere and Ohanaeze Ndigbo, in separate interviews, lamented recent killings in the country,  particularly in Zamfara, where 200 people were killed, as well as  Plateau, Ondo and Enugu states.

The group said recent statements on insecurity by the President, Major General Muhammadu Buhari (retd.), showed that he was not in touch with reality.

Berating the President,  the ACF  said insecurity had worsened in the country since he assumed office in 2015 despite his military credentials.

The ACF noted with sadness that the President was elected partly because Nigerians believed he had all it took to crush any form of security challenges but the reverse remained the case.

The forum through its National Publicity Secretary, Emmanuel Yawe, stated these in reaction to the sustained killings in Zamfara, Niger and bandits attacks in Ondo, Enugu, Benue and Plateau, and other parts of the country.

The ACF’s spokesman told journalists in Kaduna with the look of things, it seemed the President was not in tune with the reality on the ground.

Meanwhile, the Corps Commandant of Amotekun in Osun State, Brig. Gen. Bashir Adewinbi, (retd.), said the state before now had intelligence that fleeing bandits might attempt to occupy forests in the South-West.

Adewinbi however said Amotekun in the state would not allow criminals to occupy its territory.

Although the Amotekun boss refrained from mentioning in details the strategies, he said steps being taken to prevent invasion by criminals involved collaboration with security agents in neighbouring states, especially Kogi and Kwara states.

He said, “We have received credible intelligence about that before. We have met and we are still meeting to effectively forestall this.

“We won’t allow criminals to use our forest as an alternative. If you can recall, recently, there was an attack on a village in Ondo State. The whole village was burnt down.

“We have always had those feelings that they may likely want to use South-West forest, but we will not allow that. Before now, we have always been working to prevent that.”

In Ekiti State, the Corps Commander of Amotekun Corps, Brig. Gen. Joe Komolafe (retd.), said that the agency was maintaining surveillance to prevent bandits from accessing or occupying the forests in Ekiti.

Komolafe said that Ekiti Amotekun was also in collaboration with Amotekun in neighbouring states for border patrol to keep the areas safe.

He said, “We maintain surveillance. Then we collaborate with local hunters, farmers and forestry guards so that they intimate us when they see strange faces or movements in the bush.

“Again, we have informants who volunteer information and we speak to traditional rulers fo alert us whenever they see suspicious faces or individuals. We do not wait until bandits or criminals come in or strike”.

Amotekun in Oyo State said it had intensified its intelligence gathering and patrol in some border communities as bandits and other criminals started fleeing from the North due to military onslaught.

The Commandant of Amotekun in the state, Col. Olayinka Olayanju ( retd.), said his men had been on the lookout for strange faces who might want to occupy forests in the state to start to cause havoc.

Olayanju said, “ We are aware that some of the bandits who escaped the military onslaught may want to migrate down South to start causing problem and we have started patrolling to prevent them from coming here.

“The patrol was intensified since about six months ago and it is still on till now. We are on the lookout for strange faces because of our proximity to Niger State which is another theatre of bandit operations.

“We started patrolling from Kishi to Igboho and the constant patrol is still ongoing. Also, our men patrol from Iwajowa Local Government Area of the state to the four local government areas in Ibarapa axis and Oyo State boarder with Benin Republic as well as Oyo State border with Ogun State at Olomo Meji Isale and Oyan River.”

The Ondo State Amotekun declared that the state would not tolerate acts of banditry in any part of the state.

The state Commander of the corps, Akogun Adetunji Adeleye who spoke to one of our correspondents, said the corps would not give room for the influx of terrorists from any part of the country.

Concerning the recent attack in the Molege and Arimogija communities in Ose Local Government Area of the state, the commander, who did not state the cause of the attacks, said the men of the command were still on the trail of the attackers, adding that the terrorists would be prevented from entering into the state.