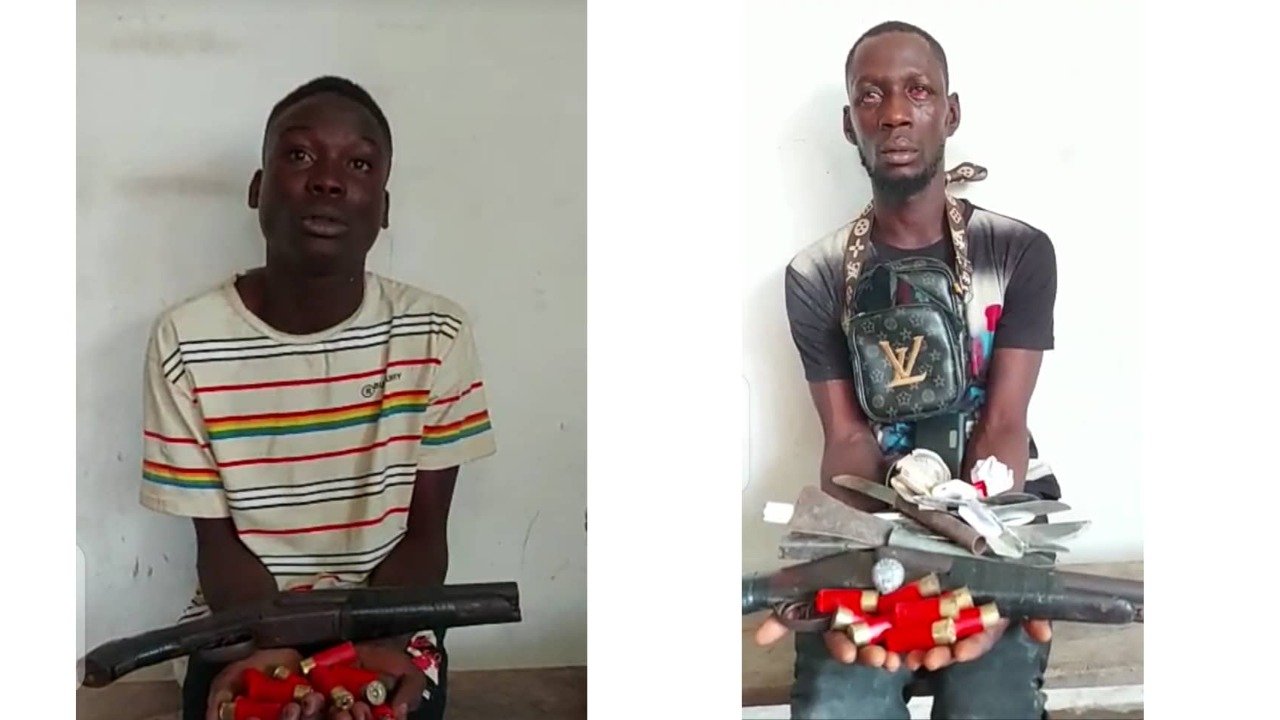 The Amotekun Corps has apprehended a gang of armed robbers in Okuku, Odo-Otin Local Government Area of Osun State.

The suspects, who were arrested by a unit of the Osun Amotekun corps on yesterday while attempting to conduct a robbery operation in the town, include Kehinde Babalola, 23 years, and 19-year-old Timileyin Afolabi.

It was gathered that Kehinde Babalola, who hails from Ogbomoso confessed to be the mastermind and leader of the gang of armed robbers who attacked the Wema Bank, Okuku Branch.

He also confessed to executing other robbery operations in Ibadan and Ile-Ife and terrorising students of the Osun State University, Okuku Campus.

The other culprit, Timileyin Afolabi, who hails from Ado-Ekiti, Ekiti State, also confessed to be engaging in robbery activities with others now at large.

The suspects have been handed over to the Department of State Services for further investigation.

Western Nigeria Security Network (WNSN) codenamed Operation Amotekun (Leopard or Cheetah), is a security outfit based in all the six states of the South Western, Nigeria, responsible for curbing insecurity in the region.