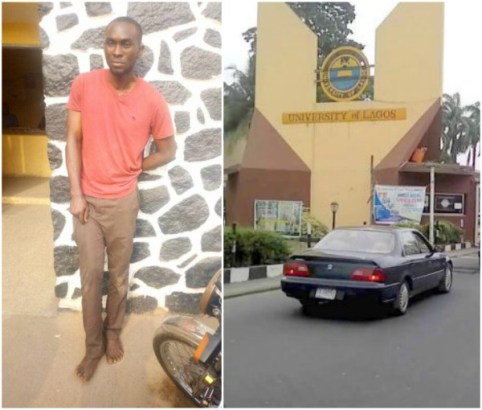 The second arrest of the UNILAG serial rapist, came after he was initially released on bail after his arrest on Saturday.

Regarding the alleged serial rapist incident at UNILAG,- the rapist has been re-arrested. He was released on bail at his existing High Court trial and then allegedly committed another rape act. He will now face two trials & the recent rape case will be charged to court tomorrow.

Here are screenshot of chats revealing how his arrest came;

Recall that two days ago, it was reported that the young man whose identity wasn’t revealed was accused of beating and raping two students, which eventually led to his arrest.

It was gathered that the young man used some sort of charm on both known victims, noting that they only realized their locations at a time when it was impossible to escape.

One of the victim’s account reveals that she only remembered using the ATM with the suspect. The next thing she remembered was being inside the suspect’s car at the Distance Learning Institute in Unilag, where he beat her mercilessly and raped her.

Sources claimed that one of the victims the rapist raped, was a virgin before the gruesome incident. He reportedly wiped off his victim’s blood with her pant which he took with him, along with her bra. The UNILAG serial rapist however, denied being a ritualist although he has allegedly admitted to both rape incidences.

The suspect was finally arrested, after reportedly dropping off his girlfriend at Fagunwa hostel on campus and is currently being held in police custody.

Lady Hires Ex-Boyfriend With $50 To Kill Her Boyfriend