Aisha Buhari reveals why she criticised her husband in public
Advertisement

I was not attacked on Abuja-Kaduna train, Rotimi Amaechi cries out 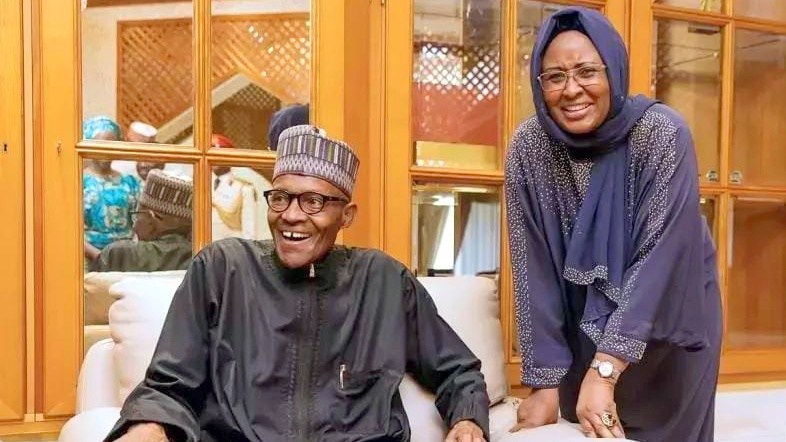 The wife of Nigeria’s President Muhammadu Buhari, Aisha, says her sense of justice made her grant the BBC interview that many considered to be critical of her husband’s government.

In the interview which went viral in 2016, the president’s wife said Buhari’s government had been hijacked.

She threatened not to support her husband in 2019 if things continued that way.

“If things continue like this up to 2019, I will not go out and campaign again and ask any woman to vote like I did before. I will never do it again,” said the president’s wife who was actively involved in the 2015 campaign.

But speaking on Saturday at the Vanguard Personality of the Year 2017 awards, Aisha said she did not make those comments out of disrespect.

She said she was brought up to stand by the truth and that is how she has been living her life.

Aisha, who was represented by Halima, one of her daughters, added that Nigerians elected her husband based on the trust and confidence they have in him and she felt the administration must serve Nigeria to the best of its ability.

“I wish to thank the management of Vanguard Media Limited for this unexpected award, in recognition of my humanitarian efforts towards improving the health and welfare of Nigerians particularly women, children and less privileged,” she said.

“One of the reasons adduced for honouring me was the interview I granted which some people saw as criticism to a government that I am part of. I need to state that my position was a result of my sense of justice and not confrontation or disrespect.

“I was brought up to stand by the truth and this is how I have always been. As we are all aware, Nigerians elected this administration based on the trust and confidence they have on my husband; I, therefore, feel that we are here to serve Nigeria to the best of our ability. Let me use this opportunity to state that I support my husband in this call to service and will continue to do so.”

The BBC interview was not the only time when Aisha disagreed with her husband in public. In January, she retweeted videos of senators who criticised her husband.

In July 2016, she said the “hyenas and jackals” in her husband’s kingdom would soon be sent packing.

Related Topics:Aisha Buhari
Up Next