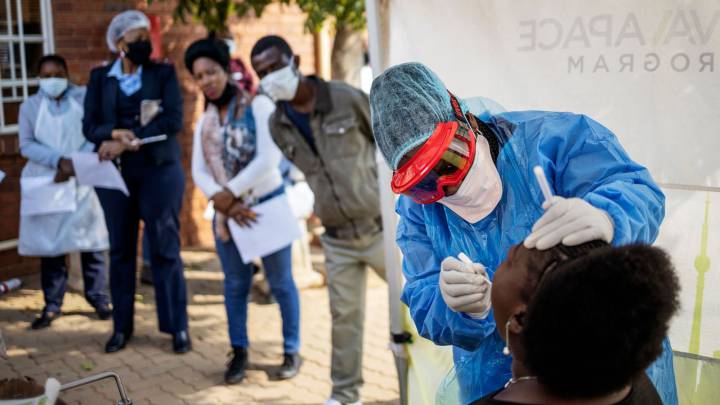 On Friday, the Africa Centre for Disease Control (CDC) revealed that with 4,673 new COVID-19 cases confirmed, a total of 100,664 cases have now been confirmed in 54 countries across Africa.

The index case of coronavirus was recorded in Africa on February 14, when the Egyptian health ministry confirmed its first COVID-19 patient.

North Africa accounts for the highest number on the continent with 31,321 confirmed cases, followed by West Africa with 27,303 cases, while Africa’s south accounts for the third-highest figure with 20,681 cases.

Northern Africa also has the highest number of recoveries and deaths with 1,523 fatalities and 13,550 persons discharged in the region.

However, Egypt has recorded the most fatalities with 696 deaths. Lesotho, which is the latest country to record a case in Africa, still has only one confirmed case.

Meanwhile, the number of COVID-19 recoveries in Nigeria exceeded 2,000 on Friday. This is just as 245 new cases were confirmed in 21 states and the federal capital territory (FCT).

In an announcement on its Twitter handle at 11:35pm on Friday, the Nigeria Centre for Disease Control (NCDC) also confirmed 10 more deaths, bringing the total number of fatalities to 221 – the highest in the West African region.

However, 100 more COVID-19 patients were discharged and a total of 2,007 patients have now been discharged.

Four die of Coronavirus in Lagos