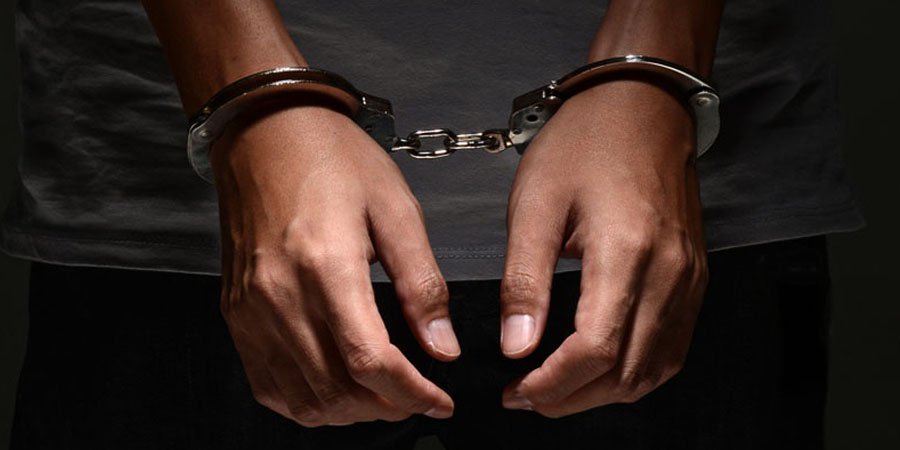 Earlier today, Lagos Zonal office of the Economic and Financial Crimes Commission, EFCC, secured the conviction and sentencing of one George Iwuagu before Justice Oluwatoyin Taiwo of a Special Offence Court sitting in Ikeja, Lagos.

The convict was arraigned alongside his cohorts, Joseph Worhabiko Adele, Jackson Precious Kamalu and Richie Edward Ojeba, sometime in September 2020 on a 15-count charge bordering on conspiracy, stealing and obtaining by false pretence, to which they pleaded ‘not guilty’.

At the resumed sitting on March 1, 2021, the convict, Iwuagu changed his plea before the court and pleaded ‘guilty’ to the offence of stealing as recorded in Count 13 of the charge.

In view of his guilty plea, the prosecution counsel, S. O Daji reviewed the facts before the court and tendered the convict’s confessional statement, as well as other evidence to prove the case of the prosecution.

Justice Taiwo found him guilty of the offence and sentenced him to six months imprisonment or a sum of Five Hundred Thousand Naira (N500,000) in lieu of his jail term.

In the same matter, John Ovie Ogo was arraigned before Justice Taiwo on the charges of conspiracy, stealing and obtaining by false pretence. John was at large at the time his co-conspirators were arraigned, he was however arrested by Operatives of the EFCC and brought before the court.

One of the charges against him reads, “that you Joseph Worhabiko Adele, Jackson Precious Kamalu, Richie Edward Ojeba, George Iwuagu, John Ovie Ogo, Beauty Wugate Adele (still at large) and Hajia Jemila Yunusa (still at large) sometime in March 2020 in Lagos within the jurisdiction of this honourable court with intent to defraud conspired to obtain money from Dr. Joseph Friday Mekiliuwa, the Managing Director of Wealth Builders Technical services limited by false pretence that the said money is for mobilization and logistics of the execution of project called Community Social Responsibility of Total Nigeria Oil Company for the Host community and committed the offence of conspiracy to obtain money by false pretence contrary to Section 1 (3) of the Advance Fee Fraud and Other Related Offences Act, 2006”.

He pleaded not guilty to the offence. In view of his plea, the prosecution counsel, S.O Daji asked the court for a trial date and also prayed that he be remanded in prison custody.

Justice Taiwo adjourned the matter till March 25, 2021, for continuation and remanded the defendant in a Correctional Centre.

Lady stabbed to death by husband in Anambra