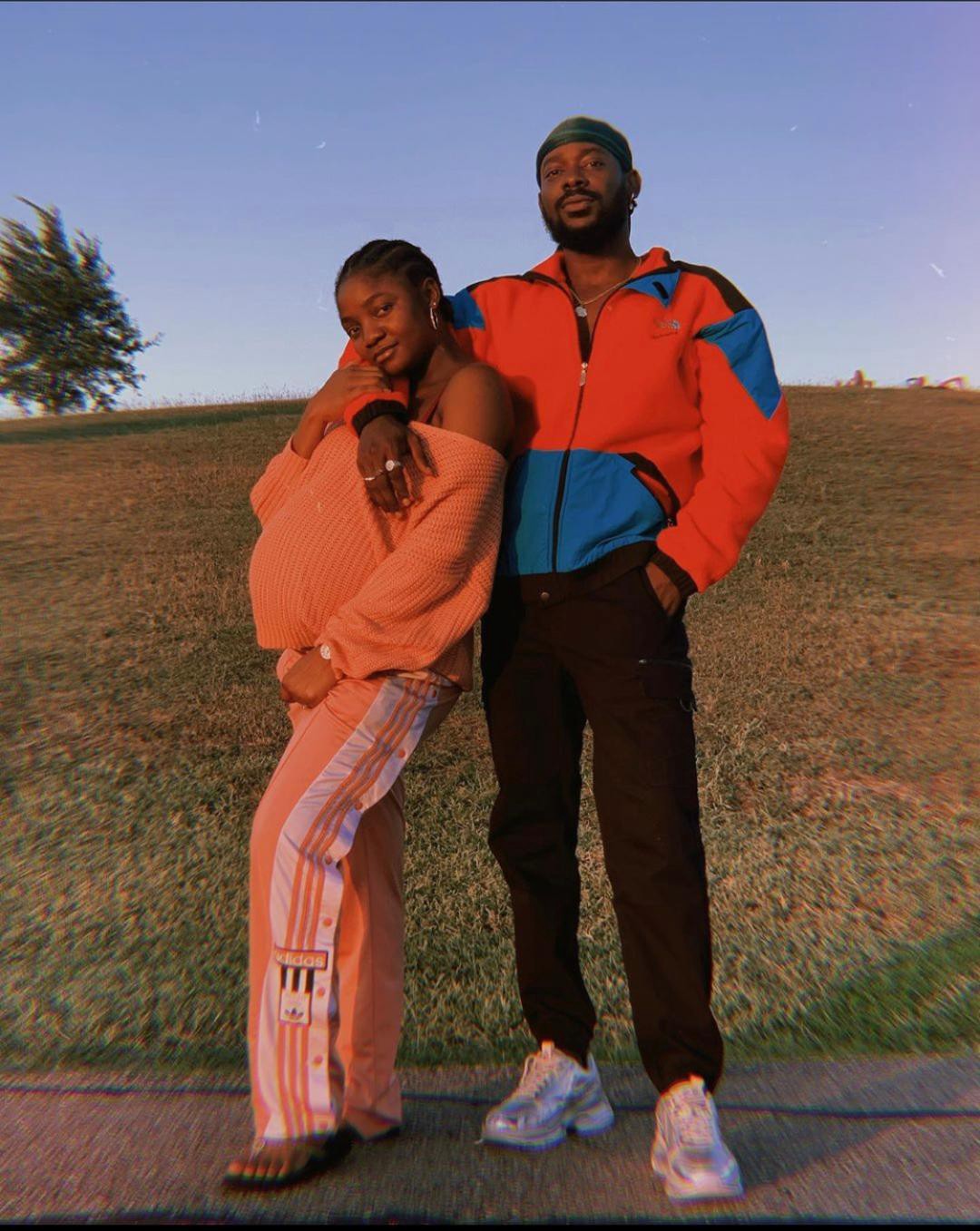 Adekunle Gold has been accused by an Instagram blogger of having sex with another lady on set while his wife Simi was pregnant.

Adekunle Kosoko, known professionally as Adekunle Gold, is a Nigerian highlife singer, songwriter and graphic designer. He has been accused by a controversial Instagram blogger, @gistlovers of cheating on his wife, Simi while she was pregnant.

Adekunle Gold married fellow singer Simi in a private wedding ceremony on January 9, 2019 and have now been blessed with a baby girl named Adejare.

According to Gistlover, Adekunle Gold and the alleged girl, @teminikan both made out on set during video shoots. The Instagram blogger however showed screenshots of chats and uploads to show genuineness of her claims.

See screenshot of Adekunle commenting on her post in 2017 below;

Unknown to @teminikan the alleged side chick, she disclosed to a mutual friend of the undisclosed person that AG baby has been disturbing her for a relationship and they have been having sex for a long time.

“Stay away from AG baby. Simi doesn’t joke with Kunle and we Instagram in-laws, too won’t take it lightly with you, while Simi carry belle, oga dey knack u for set and you know he is married, avoid Ag baby before I enter your matter as mummmmyyy dey enter people matter, and you Ag baby, FACE FRONT. Baba Jare be warned don’t give my baby girl breakfast chop, I come in peace. I intentionally put Aunty with the promo puna handle there to make them burn her page small. Igi ewedu oni wo pawa o”.

Taking back a gift you gave someone is lame – Davido’s brother, Adewale Adeleke