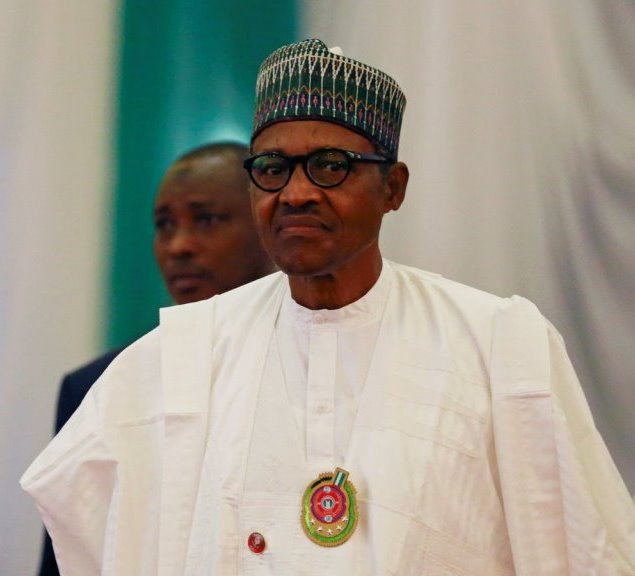 Afenifere, popular Pan-Niger Delta Forum, the pan-Yoruba socio-political organisation, and the Arewa Consultative Forum, on Tuesday, challenged the President Muhammadu Buhari, over his silence on killings and kidnappings by herdsmen.

Afenifere and the pan-northern group, the ACF, in separate interview, challenged the President to speak out on killings by herders.

The ACF specifically stated that there was nothing wrong in a statement by the Ondo State Governor, Rotimi Akeredolu, who asked Buhari to condemn killer herdsmen publicly.

Akeredolu, had in an interview with Channels Television, on Monday, said, “What we expect from Mr. President is for him to come out and let Nigerians know that he does not support criminality. He once said, if you find anybody with arms without a license, they should be arrested. Security agencies must be at work without rest. Everyone has said no to open grazing, then the law should follow.”

But the President, while receiving a delegation of Borno/Yobe Elders Forum at the Presidential Villa, Abuja on Tuesday attributed the upheavals being experienced in parts of the country to a few people with resources and influence.

Condemning Buhari, PANDEF stated that the continued silence of the President on the killings and attacks by herdsmen in some parts of the country was suggestive that he had sympathy for them.

The National Publicity Secretary of PANDEF, Ken Robinson, stated this during a telephone chat with our correspondent.

Robinson said as a responsible group, PANDEF had repeatedly emphasised the need for the President to rise above sentiments and attachments to the herders, especially against the backdrop of being in the business of livestock himself because he is President for all Nigerians.

He stated, “Well, we have continued to emphasise the need for the Presidency to rise above the sentiments and attachment with these herdsmen. We understand that cattle rearing or cattle breeding is predominantly an occupation of the Hausa-Fulani. The President, being a Hausa-Fulani and himself a cattle breeder, it is understandable that there are attachments.

“He is the President of all Nigerians. So, the silence as has been stated by most patriotic Nigerians clearly indicates or speaks to these nepotic tendencies we have been talking about.

“So, the Presidency must at this time that the country’s unity and stability are being threatened by the activities of these herdsmen and we, as a responsible group will continue to say that they are not herdsmen. They are marauders, they are killers. They are just parading under the guise of herdsmen causing, mayhem with an intention for territorial expansion and conquest.

“So, continuous silence of the President clearly speaks to the fact that he has sympathy for these people. And we will continue to say that he must rise above it, otherwise, of course we may be thrown into monumental crisis in this country,” the PANDEF spokesman advised.

On his part, Afenifere spokesman, Yinka Odumakin, stated, “We salute the governor (Akeredolu) for speaking the truth to power as a man of true conscience. Buhari is maintaining uncomfortable silence over the crimes of his people. We have not forgotten that he came to Ibadan in 2000 against Lam Adesina to ask him why his people were killing his own people. He should ask his people why they are killing others. He can’t continue to be silent.”

The ACF said that there was nothing for the President to speak out on the killings and attacks in some parts of the country.

The group through its National Publicity Secretary, Emmanuel Yawe, told one of our correspondents in an interview that such call was plausible.

The ACF’s spokesman said, “There is nothing wrong in a governor urging the President to talk to his people in the circumstances we find ourselves.”

The Middle Belt Forum said that the insecurity in Nigeria had gone beyond asking the President to speak up on attacks and killings by herdsmen.

Speaking to one of our correspondents in Jos on Tuesday, the National President of the MBF, Dr Bitrus Pogu insisted that what the situation in Nigeria required was “drastic action” by Mr President and not “mere speech” if the country must be saved from drifting deeper into insecurity and eventual collapse.

The MBF President was reacting to a statement credited to the Governor of Ondo State, Rotimi Akeredolu that there was the need for the President, Major General Muhammadu Buhari not to be silent but speak up on the killings and attacks by herdsmen in the country.

Pogu said, “For me, anything Mr President would say at this time is belated. What Nigerians want from him is action to stop further killings and attacks by the herdsmen. He needs to do something that can be seen and let Nigerians know that he has given a marching order for the killer herdsmen to be flushed out of the country because the local people know where the bandits, Boko Haram or whatever name they are called, are located in the forest. “

Expressing concern about violence in parts of the country, Buhari said those responsible would be identified and dealt with in due course.

According to a statement by his Special Adviser on Media and Publicity, Femi Adesina, the President spoke while receiving a delegation of Borno/Yobe Elders Forum at the Presidential Villa, Abuja.

The statement was titled. “We need this country, we will continue to work for its stability, says President Buhari.”

Adesina quoted the President as saying that “I am confident that we will eventually convince the small number of people with resource and influence that are a nuisance to this great country.

“God willing, we will identify them, and deal with them. I am extremely concerned about your constituency like the rest of the country.”

Buhari was also quoted as saying that the stability of the country was of paramount interest to him and the Federal Government.

He said he would continue to work towards it despite the actions of a few people.

“We need this country. We will continue to work for its stability. I feel that whatever happens, we will continue to make it, and will keep on praying to God so that for those who feel that they don’t need Nigeria, we will succeed over their intentions and actions, the President said.

Buhari noted the request for the upgrade and development of infrastructure in the states and assured his guests that while he would do his best in acceding to the requests, he would, however, prioritise development in education.

“We are aware of the infrastructure deficit. Our priorities will be education because all our citizens know that children within a certain age must receive it otherwise if they miss it, the future is destroyed,” he said.

He expressed appreciation to the leaders for coming to terms with the positive improvement that has occurred in the states since the inception of the administration.

Meanwhile, a former Military Governor of Ogun State, Comdr. Kayode Olofin-Moyin (retd.), has said the President’s appointment of members of the Nigeria’s Security Council, was responsible for the killings by herdsmen and kidnapping across the country.

Olofin-Moyin said this on Tuesday during a Peace, Unity and Security lecture series held at the ECOWAS Secretariat in Abuja convened by Chioma Egboh, with the theme: “Sustainable Peace: The divide of a growing nation.”

Egboh maintained that to find a lasting solution to sustainable peace regardless of ethnic differences, religious or cultural believes, Nigerians must endeavor to form an everlasting union that is well established in justice and equality of all.

Olofin-Moyin said, “With the political inequality in the country today, Nigeria cannot have peace, I can’t trust the government, the security team operating the security infrastructure today have all been northernised.

“The President, Chief of Staff, National Security Adviser, Minister of Defense, Chief of Army Staff, Chief of Navy Staff, Directors of DSS, National Intelligence Agency are all northerners and only Chief of Defense Staff and Chief of Air Staff are Southerners.

“So how do they expect us to believe in the outcome of such meetings and they said it is national, and that is why the killings by the herdsmen and kidnappings are still on the rise, because people doing such things feel they are favoured.”

INEC disagrees on NIN as requirement for voter registration