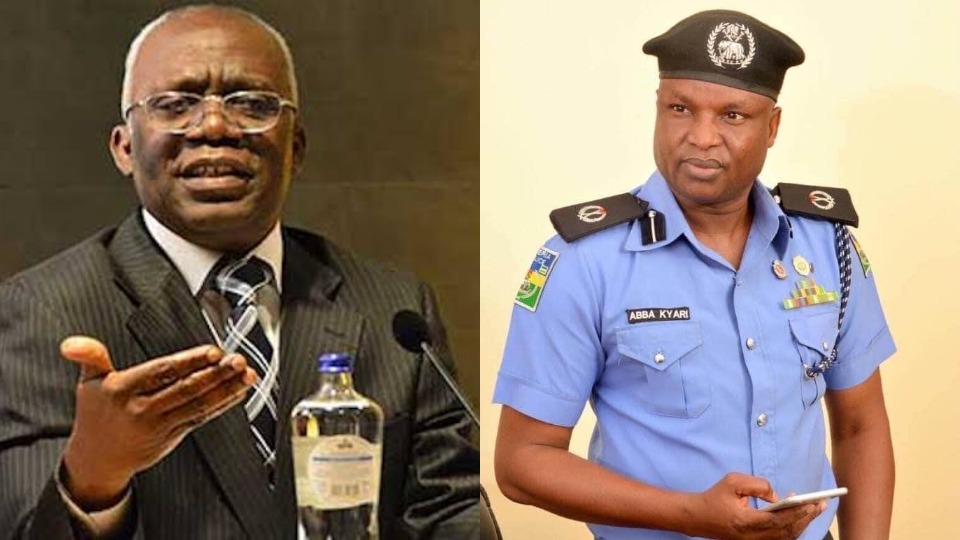 Recall that a U.S. court ordered the arrest of Kyari following investigations into a $1.1m fraud scheme by indicted Fraudster, Ramon Abbas aka Hushpuppi.

During a telephone conversation with AIT on Tuesday, August 3, Falana expressed his displeasure with the country’s level of social and political deterioration, which he believes is reflected in the charge against Kyari. He demanded that extradition procedures be adhered to.

Falana, reacting during a telephone interview with AIT on Tuesday, August 3, decried the level of social and political decay in the country which, according to him, is made evident in the allegation against Kyari. He called for the rules of extradition to be followed.

‘To put an end and close this ugly chapter, the investigation must go beyond the indictment by the FBI, the matter must be investigated locally, and Kyari shall not just be handed to America, we operate under the rule of law whether the government likes it or not, there is an extradition act in place which requires that countries like the United States of America with which Nigeria has entered into treaties, so there are procedures to be followed if you want a criminal suspect either here or in America to face court trial.

“Kyari  is just the product of a failed system. In the case of Nigeria-America, a treaty was entered in 1935 under the British colonial regime, but between then and now, dozens of citizens have been extradited from Nigeria, some were adopted and thrown to the United States, but not a single suspect [that is an] American citizen has been brought for trial in Nigeria’ he said.

While decrying how public office holders including senior police officers and Department of State Security (DSS) violate courts orders, he called on the Attorney General, Abubakar Malami, to follow and process an extradition request from the United States.

UAE cancels ban on flights from Nigeria, others