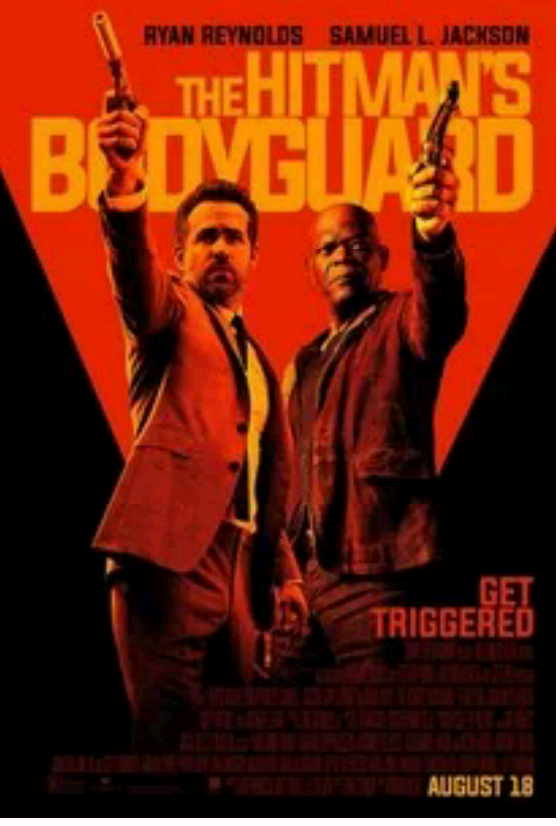 Before I go ahead and review this movie, I want to first take out the time to address some people that have been vexing me. I’m talking about those of you that come to the cinema and lose all your home training.

Yes, you’re the source of my ire.

Would it kill some of you to keep quiet in the cinema? What is this rada rada behaviour of shouting and clapping after every action scene? Please, keep your excitement to yourself till after the movie and then you can lose your composure in bulk afterwards.  Don’t use your reggae to spoil my blues, biko. I paid for every picture and every sound from that movie; don’t distract me.

That said, let’s talk about The Hitman’s Bodyguard.

SYNOPSIS: The world’s top protection agent is called upon to guard the life of his mortal enemy, one of the world’s most notorious hit men. The relentless bodyguard and manipulative assassin have been on the opposite end of the bullet for years and are thrown together for a wildly outrageous 24 hours. During their journey from England to the Hague, they encounter high-speed car chases, outlandish boat escapades and a merciless Eastern European dictator who is out for blood.

The movie directed by Patrick Hughes, stars two of my favourite actors; Samuel L. Jackson and Ryan Reynolds. While both actors gave good account of their roles, I believe the casting was done wrong. It should have been one star or the other.

Ryan Reynolds  was supposed to play the more serious character…can you imagine? I can barely look at Ryan Reynolds’ serious face without cracking up.

Most of the movie’s charm was centred on Reynolds and Jackson ‘s banter.

Ultimately, it’s not enough to make the movie outstanding.

You might enjoy the movie, though, if action-comedy clichés are your thing.

8 Money Tips That Will Change Your Life Forever