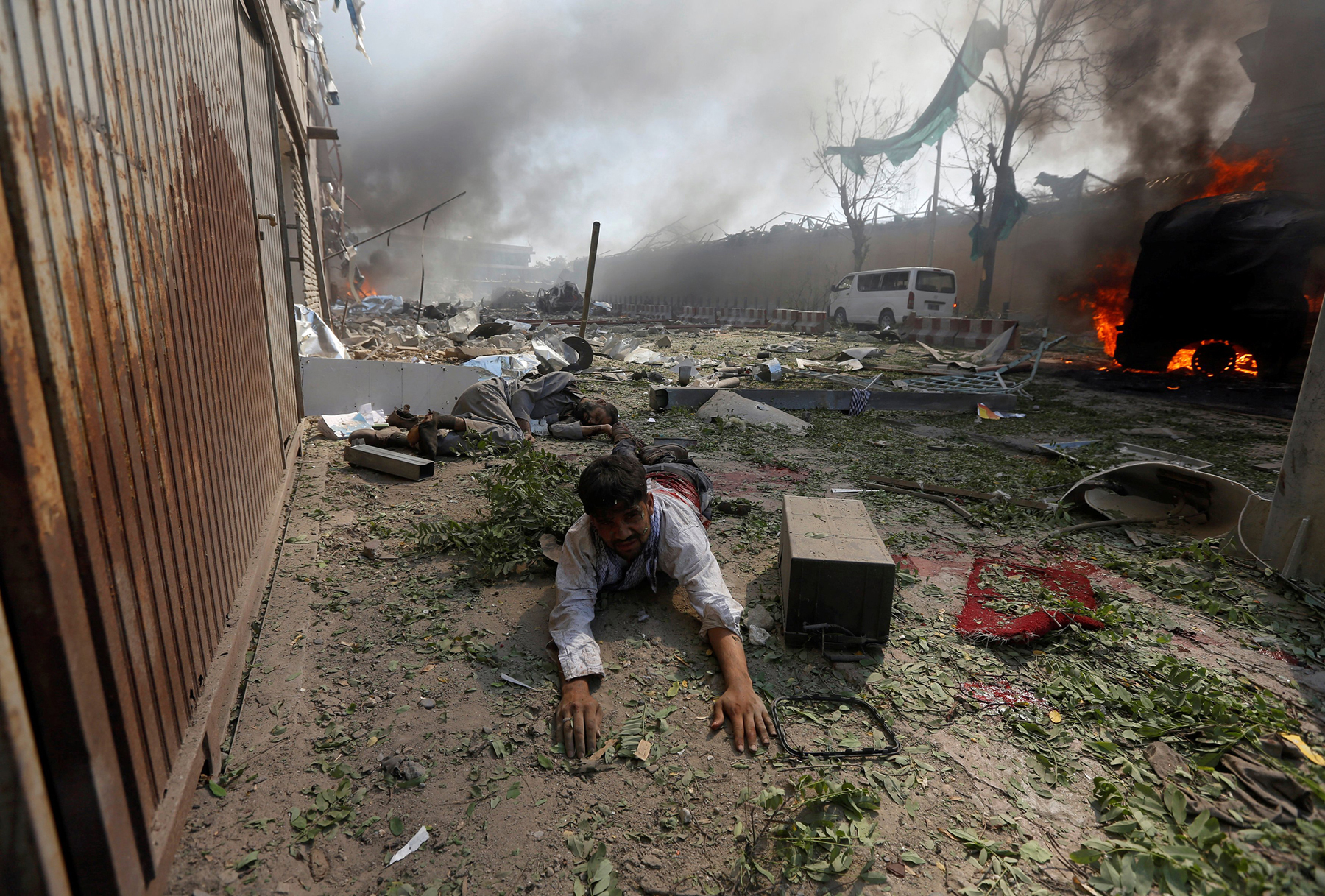 
In an unfolding of the terrible humanitarian scenes in Kabul, Afghanistan, at least 60 people including 12 US marines have been reportedly killed after a third bomb explosion was heard at the Kabul airport on Thursday, August 26.

Taliban officials earlier said that at least 13 people including children have been reported dead at Hamid Karzai International Airport, with the death toll rising since then.

An Afghan interpreter who was there hoping to be evacuated described how he saw a girl believed to be around five killed by the bomb:

Reports say one bomb carried by suspected suicide bombers exploded at Abbey Gate just outside the airport, and at least one other was detonated at the Baron Hotel a short distance away.

This comes as the US under president Joe Biden announced a sudden exit from Afghanistan following 20 years of war following the 9/11 terror attacks on US soil.

As at press time, Biden is yet to address Americans. A US official says the attack outside Kabul airport is ‘definitely believed’ to have been carried out by the Islamic State group.

Pictures on social media show people walking around wounded, in shock, while others were pictured moving dead bodies. The UK Ministry of Defence however, said UK soldiers didn’t experience any casualty.

The UK MOD said in a statement: ‘We are working urgently to establish what has happened in Kabul and its impact on the ongoing evacuation effort.

‘Our primary concern remains the safety of our personnel, British citizens and the citizens of Afghanistan. We are in close contact with our US and other NATO allies at an operational level on the immediate response to this incident.’

Related Topics:KABUL EXPLOSION
Up Next