5-Year-Old Girl, cuts off her hair after Momo "suicide" game told her to
Advertisement 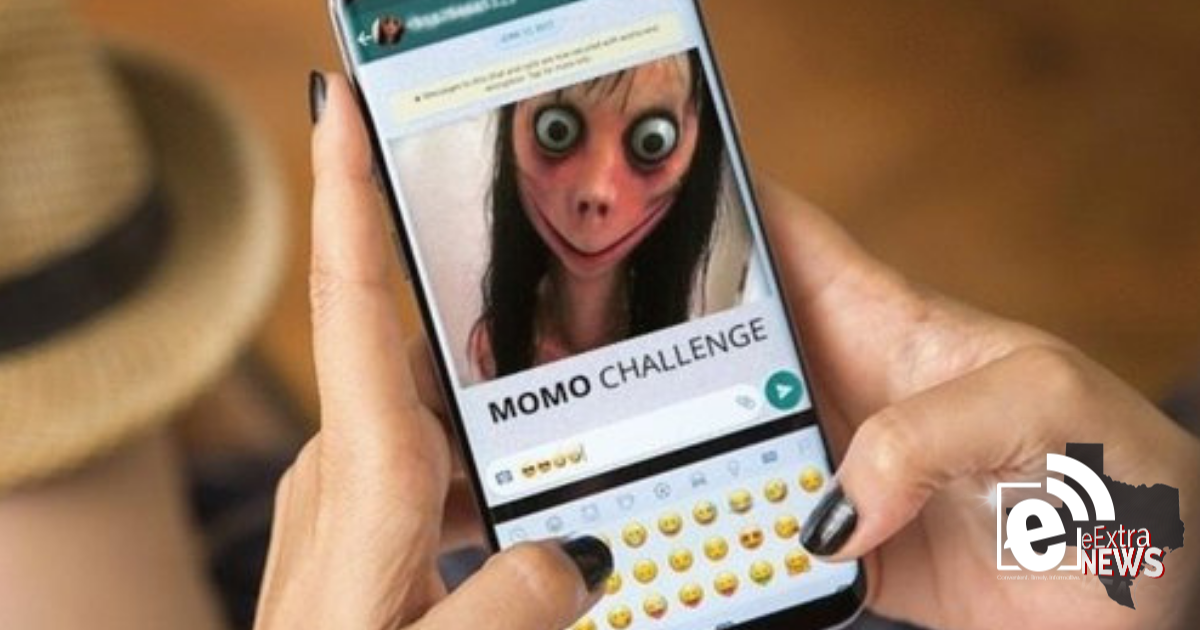 A brainwashed 5-year-old girl chopped off her long hair while watching cartoon after a deranged controller behind the creepy Momo “suicide” game hacked into the cartoon and told her to.

The girl was innocently watching Peppa Pig when she was targetted by the sick Momo hacker and ordered to cut her hair.

Young children watching popular kids’ programmes are being targeted by Momo and are encouraged to harm themselves or even take their own lives.

Sam Barr, 25, the mother of the 5-year-old girl, has warned other parents to be vigilant after her daughter Jemma was targeted by the disturbing challenge. She believes Jemma has been brainwashed by the creature after it warned her, saying: “Best keep one eye open when you’re sleeping!”

I feel like my precious little girl has been brainwashed by this sick game. Thank God she only cut her hair – it could have been so much worse.

Sam made the alarming discovery on Tuesday morning and explained:

The day began like any normal morning with us both rushing around to get ready before school. I was in the bathroom brushing my teeth and my daughter, Jemma, was in her bedroom. She was very quiet so I went to check on her.

Jemma was standing in the middle of the room with a pair of kitchen scissors by her side.

There was hair everywhere. Her beautiful, blond hair had been hacked off, right down to the scalp, on both sides of her head. I burst into tears and felt sick to my stomach.

Sam initially believed an intruder had sneaked into her home so she checked her household CCTV but it showed she and Jemma were alone in the house.

I realised Jemma must have done this to herself. There was no other explanation. I couldn’t be angry with her. She is a sweet girl who is generally very placid. She’s never done anything like this before.

Sam sat down with her daughter to ask her why she had cut her hair and the answer made her jaw drop. She said her daughter told her, “Momo made me do it”. She said that Momo wants everybody to be bald and made fun of her for having long hair. And Momo threatened to hurt her if she didn’t cut her hair off.

Sam said: “I’d read about Momo the previous evening and had made a mental note to be extra-vigilant when Jemma was using electronic devices.”

Sam, who has always kept a close eye on Jemma’s online activity, receives notifications telling her exactly what her daughter is watching. But Momo bypasses parental controls by hacking into children’s favourite shows such as Peppa Pig.

When I checked the browsing history on all our devices, it looked like Jemma was watching normal stuff. She’s hooked on Peppa Pig so I’d expect to see that on there.

After the incident, Sam didn’t bother about school for the day. She took Jemma straight to her hairdresser in Cheltenham where her hair was cut.

Sam believes her daughter, who is now being monitored by her GP, has been brainwashed by Momo.

Looking back, Jemma had been acting strangely for a few days. I think that was because of Momo.

Now she says things like “Momo will tell me what to do next” and “Momo won’t let me say”.

She smiled at me last night and said “Best keep one eye open when you’re sleeping”.

It’s terrifying to think about what she’s been exposed to and, for now, the internet is turned off completely in our house.