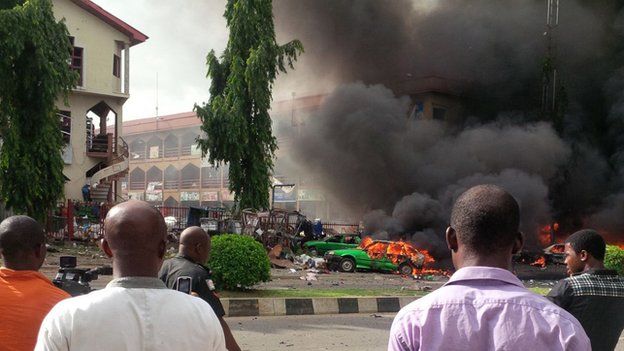 At least children have been killed after a disused grenade they were playing with exploded in Ngala, a community in Borno state on Friday, August 13.

According to militiamen in the community, the grenade exploded in the hands of the children while they were playing with it.

“The five children picked up the explosive while herding in a field outside the town and it exploded in their hands as they were playing with it. Two of them died on the spot while the other three died in hospital in Mada, inside Cameroo” anti-jihadist militiaman Umar Kachalla told AFP

Another militiaman, Umar Ari, confirmed the incident, though the Nigerian military is yet to react to the development.

In December 2019, nine people were killed and 26 injured when an explosive device went off on a crowded bridge linking Gamboru and Fotokol.

Residents blamed the explosion on a grenade disguised as a toy that, they said, had been given to some children as a gift by a Boko Haram insurgent.

Related Topics:grenade explosion
Up Next

At least one dies in Osun lone auto crash

Man captured having sex with cow at midnight