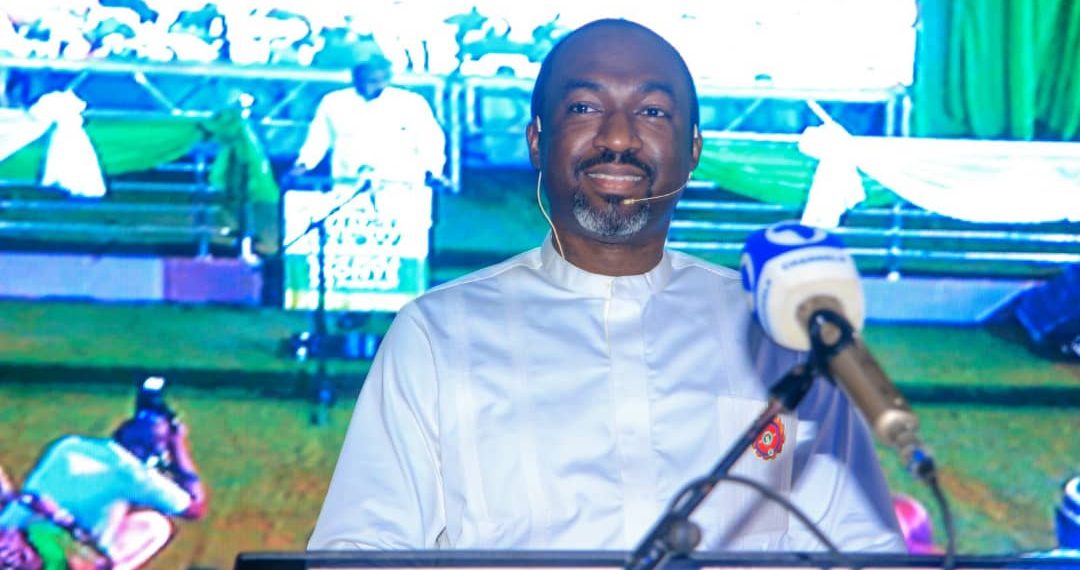 As the 2023 general elections draw close, a social innovator and philanthropist Chukwuka Monye has declared his intention to contest for the office of the President of Nigeria.

Monye made his intention known on Saturday at a formal declaration ceremony in his hometown of Onicha-Ugbo in Aniocha North Local Government Area of Delta State.

Anchoring his declaration on the theme ‘Our Future is Now’, Monye, a University of Oxford-trained innovation strategist outlined a three-point vision of security, institutional reforms and job creation for the rapid transformation of the nation.

According to him, “our future is here” serves as a reminder that it is time for the youth to take charge of the affairs of the nation.

Born on July 21st 1979, Monye, who is often referred to as a bridge between generations, has been impacting lives through building of businesses and mentoring of leaders.

He is the Founder of Ciuci Consulting, one of Africa’s leading multinational operations management consulting firms for the transformation of private and public institutions.

Come 2023, young people have been advised to seize the moment to prove that their generation is ready to lead the nation to its Promised Land, reaffirming that the long-awaited future is already here and now!

Chukwuka’s experience as an innovation strategist, corporate development and consumer intelligence expert has positioned him to transform businesses both locally and internationally over the past 19 years.

He is adept in formulating innovative and execution-focused solutions to corporate and marketing problems. His experience covers various functions in several industries including financial services, telecoms, media, entertainment, retail and the public sector.

His passion for the development of the African continent led him to establish Ciuci (pronounced see you-see) Consulting with two main objectives – to provide advice to businesses in Africa, and to develop locally based human capacity amidst a challenging educational and economic environment. Today, Ciuci is rapidly evolving to become one of the leading indigenous African consulting firms. The company has successfully executed over 350 projects in the past 14 years and his passion for positive change has led Ciuci to execute several social impact initiatives aimed at highlighting capacity building as a critical element in corporate Nigeria and the society at large. This has engendered the company to execute some pro bono initiatives in the agriculture and healthcare sectors.

Over the course of his career, Chukwuka has been recognised as one of the Most Influential People of African Descent in Business and Entrepreneurship inside Africa; he has earned the Golden Bridge award for Most Innovative Executive of the year; he has been recognised as a Warner University Distinguished Alumni; he has also been the recipient of the “Who’s Who” in American Universities and Colleges’ award just to name a few.

In addition to his role as Managing Partner, Ciuci Consulting, Chukwuka is the inaugural Director General of Delta Economic Summit Group. The Group is set up to be a private sector led think tank focused on delivering positive and strategic change most especially economic development in Delta State.

Related Topics:Chukwuka Monye
Up Next

2023: How Tinubu will destroy Nigeria if elected – Bode George