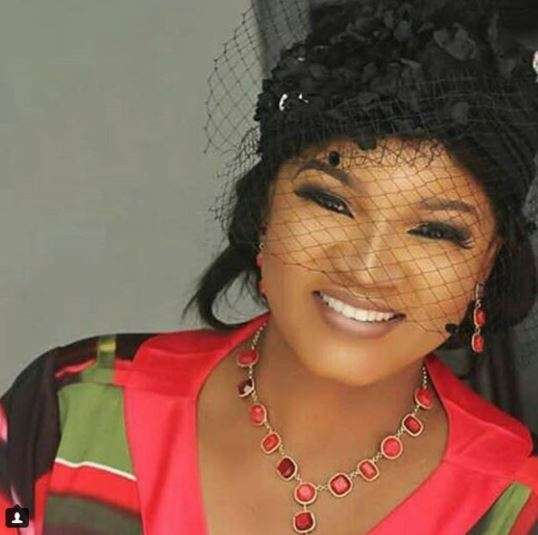 This February, Omotola Jalade Ekeinde will be celebrating her 40th birthday and she’s got a very hot pre-birthday photo already.

The beautiful actress dropped the very cute photo on her Instagram page on Thursday, January 1st, 2018 where she looked all shades of sexy and as usual brought her class to front gear.

“Welcome to My Month People ! The #Omotola4pointO Month,” she captioned the photo.

Back in January 2018, the mother of four announced that she would be turning forty on February 7th, 2018. And to mark the birthday, she revealed that a number of events have lined been up to mark her birthday.

The birthday celebration which will be a five-day event kicks off on the 7th of the February with a ‘Give And Let Give To Widows And Orphans‘ event. This would be followed by Couples Retreat themed “Reciprocative, Respect, Mental Health And Avoiding Slavery In Marriage” on the February 8th, 2017.

As part of the five-day event, there will be a Renaissance Trip To Trace The Beginning Of Slavery on February 9th, 2018 which will be followed by a Symposium on “Mental Slavery And The Emancipation Of The Black Race” on February 10th, 2018. The climax of the 5-day event will be on Sunday, February 11th, 2018 with a ball themed “The Omosexy Ball.”

Omotola Jalade-Ekeinde is one of the most talented actors to have come out of Nollywood, from her debut in 1995, the beautiful actress has gone to become not just one of the best but most influential celebrities of our time.

She has in her two decades of acting gotten nominated and also won a number of awards, most recently was the ‘Best Actress’ award by the Nollywood Travel Film Festival in Toronto, for her role in the movie, ‘Alter Ego.’

Omotola Jalade Ekeinde is married to pilot, Captain Mathew Ekeinde and they are blessed with four lovely children.

Related Topics:OMOTOLAPRE-BIRTHDAY PHOTO SHOOT
Up Next