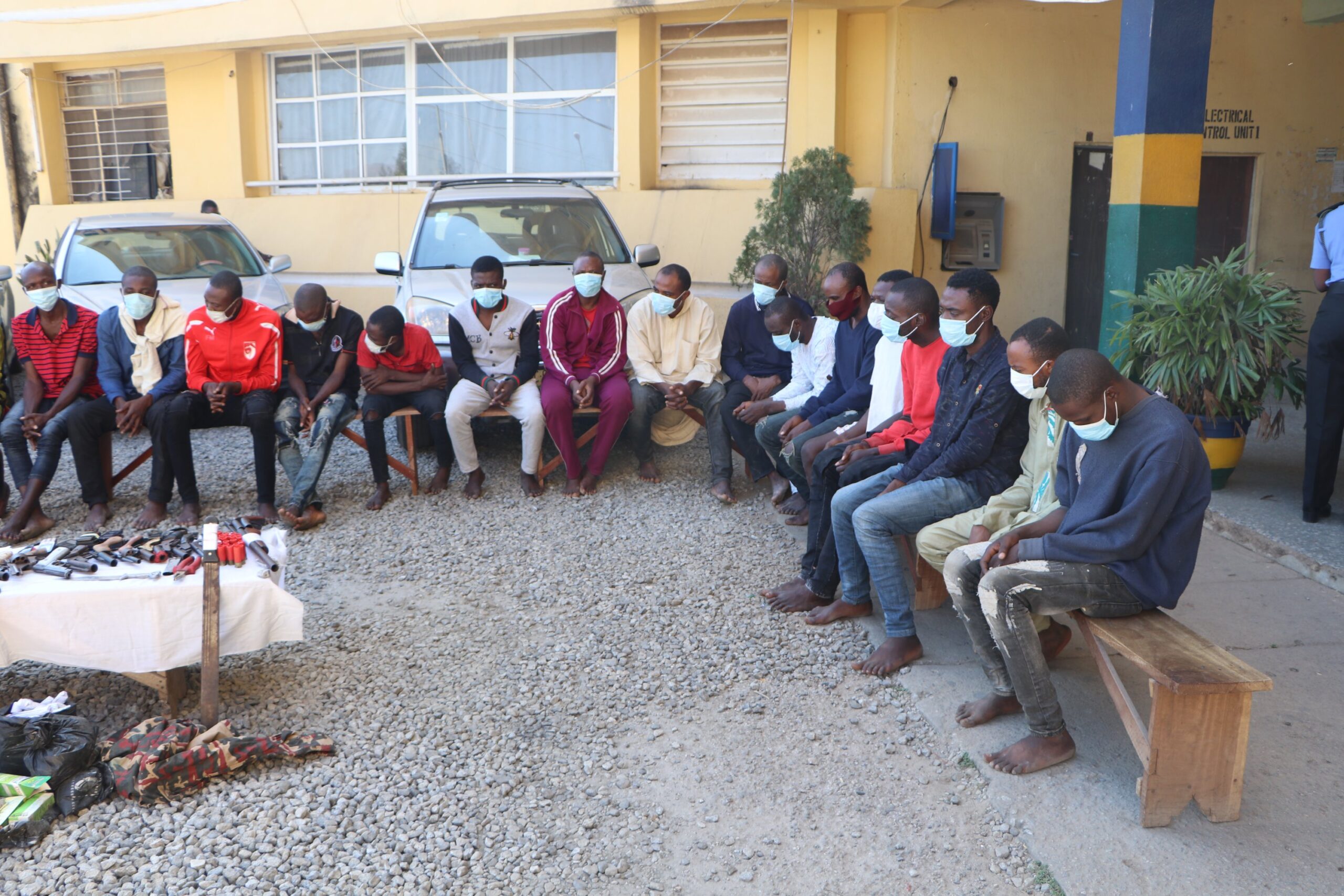 According to a statement on Sunday by the FCT police spokesperson, ASP Mariam Yusuf, titled, ‘Police arrest suspected car snatchers, drug peddlers, recover exhibits,’ amongst the suspects were Olamide Atanda, 29, and Raphael, 32, apprehended for snatching a vehicle after attacking their victim along Lugbe axis.

The vehicle was reportedly recovered by eagle-eyed police operatives on stop and search operations along Abaji axis.

The statement read, ‘’ Exhibits recovered from the suspects are one white Toyota Hilux, one ash Toyota Corolla, one locally fabricated rifle, 21 unexpended cartridges and one fabricated marking gun. All the suspects have been arraigned except the car snatching syndicate; they will be arraigned upon conclusion of investigation.’’

The command urged residents to remain calm, law-abiding and comply with all COVID-19 regulations while reiterating its ‘’unwavering commitment to the protection of lives and property within the FCT.’’