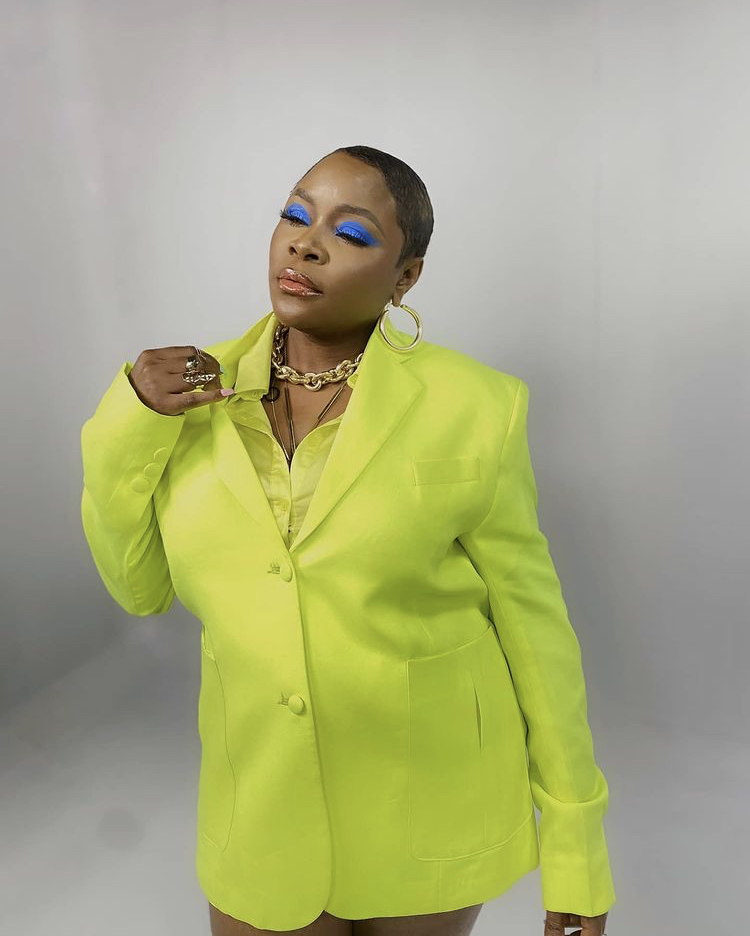 All you need to know about Omawumi Megbele popularly known as Omawumi Let’s take a look at her Biography, Nationality, Career, Age, Net worth, Family.

Omawumi Megbele popularly known by her stage name Omawumi, is a Nigerian singer-songwriter and actress of Itsekiri ethnicity.

Omawumi Megbele simply known as Omawumi was born on April 13, 1982 to Chief Dr. Frank Anirejuoritse Megbele and Mrs. Aya Megbele in Warri, Delta state. She is the 12 out of 14 children.

EDUCATION
She attended Nana Primary School, College of Education Demonstration Secondary School before goin on to Ambrose Alli University to get a Law degree going on from there to study French at Alliance Françoise while working with her family’s law firm,  ‘O.S Megbele & Associates’.

CARE‍ER
At the age of 8, Omawumi was the lead vocalist in her church, Foursquare Gospel Church in Warri. Omawumi’s spotlight came with her emerging 1st runner-up at the 2007 Idols West Africa contest with people rooting for her all over the country, eventually making her debut into the music industry after the competition with her album ‘The Lasso of Truth’

Since her emergence, she has performed with artists like P- Square, 2face Idibia, D’Banj, Banky W, M.I, Sasha, 9ice, Chaka Demus and Pliers, Carl Thomas, Angie Stone and Donell Jones, Angelique Kidjo, among others and has hit singles like ‘If you ask me’, ‘When the Boss is coming’, ‘Bottom Belle’, ‘The African Way’, ‘The best you can be’, ‘I Go Go’ and ‘What a Bang Bang’

Omawumi’s acting career started with her playing a  minor role in the 2009 edition of the V-Monolugues, a play that reflected the negative issues affecting women in Nigeria, getting casted in the movie ‘Inale’ which is a Hollywood/Nollywood Bongos-Ikwe production, starring Hakeem Kae Kazeem, Dede Mabiaku, and Ini Edo.

In 2011, she played a supporting role in Funke Akindele’s Return of Jenifa and in 2013, she starred in the movie ‘House of Gold’ alongside Yvonne Nelson, Majid Michel and Ice Prince.

She is part of the campaign called ‘Rise with the Energy of Africa’ and is a brand ambassador for Globacom, Konga.com, and Malta Guinness and Mortein.

In 2014, she was nominated for Best Female Artiste of the Year at the ELOY Awards.

FAMILY
On January 13, 2018, Omawumi had her traditional wedding to Tosin Yusuf although they have been legally married since 2015 and have two children.

PERSONAL LIFE
Omawumi made her official debut in the world of make-believe, she has always incorporated the element of visual demonstration and dramatic elements to her music videos which in turn, deem her worthy of being a thespian and the movie roles that came her way.

— In 2014, she was nominated for Best Female Artiste of the Year at the ELOY Awards.

NET WORTH
Omawumi Megbele net worth is currently placed at $600,000million dollars.

Related Topics:MusicianNigeriaOmawumiOmawumi Megbele
Up Next