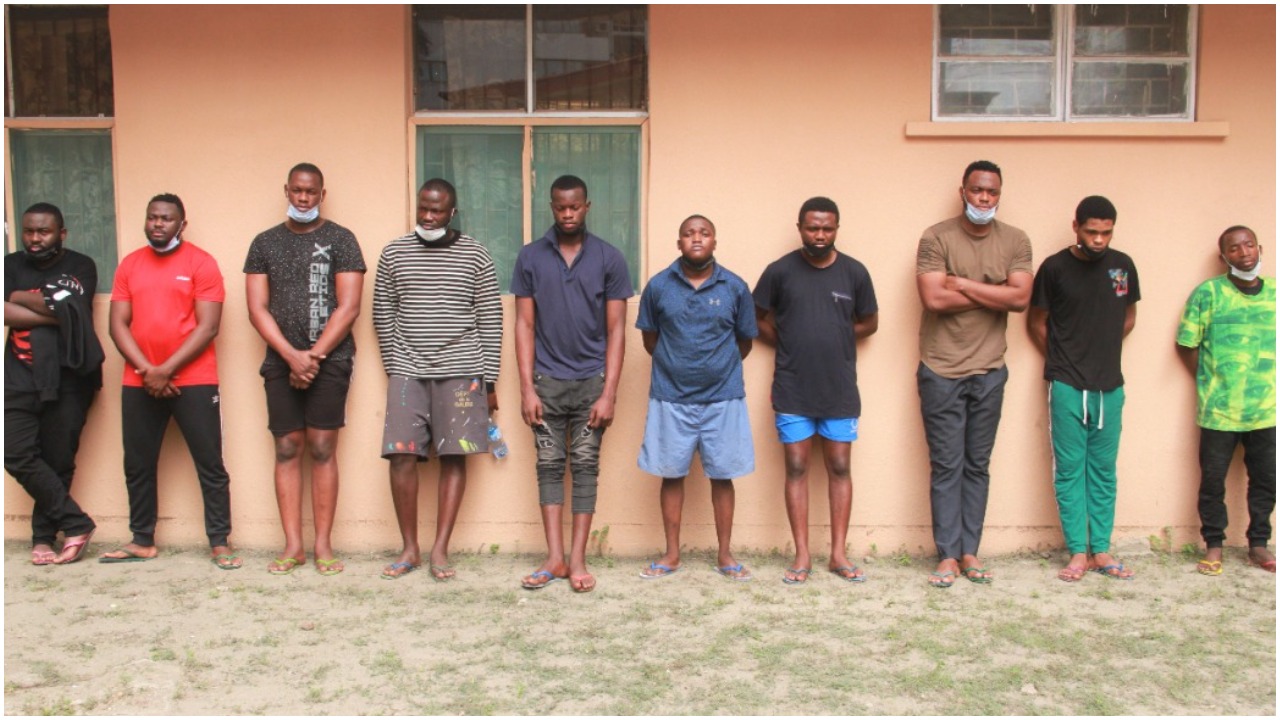 They were apprehended in separate operations in Ibadan, Oyo State, and Lagos.

Twenty-four of the suspects, most of whom claimed to be undergraduates, were rounded up on Monday at their hideouts in the Apete area of Ibadan.

EFCC spokesman, Wilson Uwujaren, in a statement, said the raid followed intelligence on their alleged involvement in internet-related crimes.

Items recovered from the suspects include mobile phones and laptop computers.

EFCC said the suspects have volunteered statements to the commission and would be charged to court at the end of investigations.