3 hospitalised after police goes on shooting spree in Rivers
Advertisement 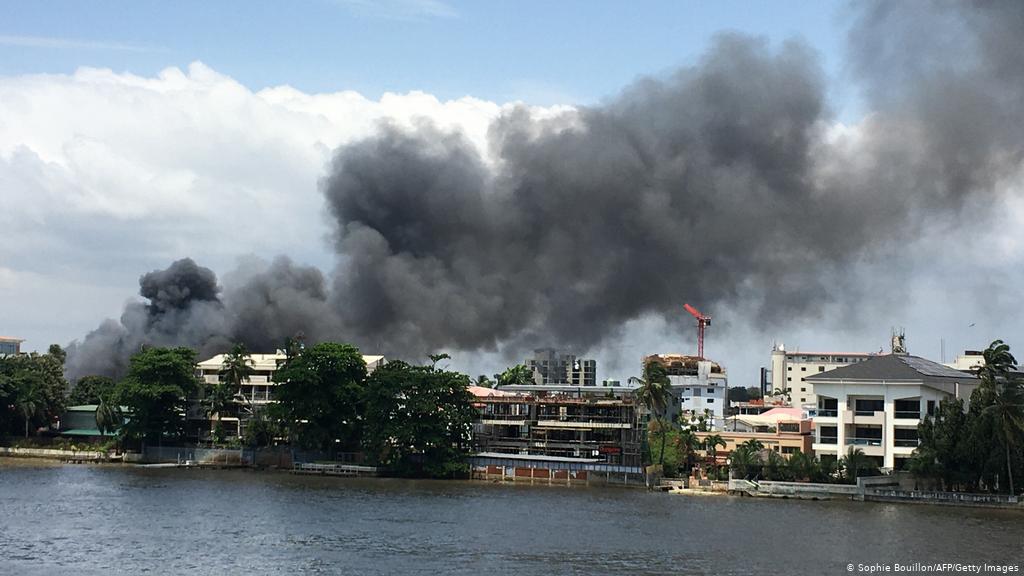 Not less than three persons are in critical condition after a policeman attached to a supermarket along Ada George Road in Port Harcourt, Rivers State, opened fire on them.

It was learnt that the policeman was angry at the attitude of the commercial tricycle drivers operating in the area.

The victims were a commercial tricycle rider, a passerby and a trader. They were said to be receiving treatment at the University of Port Harcourt Teaching Hospital.

One of the victims said, “I saw my brother who is also a keke driver. He said I should wait for him to park. The next thing I heard was a gunshot. When I heard the gunshot, it was on my leg. It was my brother that brought me to the hospital.’’

The third victim identified as Nice operating a store close to the supermarket said the policeman opened fire on him after he approached him to leave the tricycle drivers alone.

“He shot me on my waist. I went down and shouted, ‘officer you have shot me’”, he stated

Speaking on the incident, the Chairman, Rumuokuta, Ada George branch, Tricycle Owners Association of Nigeria, Kingsley Wobo, said the union would liaise with the affected persons to get justice for them.

He added that he got information that a policeman attached to a supermarket in the area shot three persons.

“I was told that he was angry that a bus driver blocked the frontage of where he was. He asked the driver to leave the place. Before he left, another keke rider came and he shot at him. We are not happy with what is going on,” he stated.

When contacted, the spokesman for the state Police Command, Nnamdi Omoni, confirmed the incident, noting that two cops linked with the shooting had been detained.

He said, “I am aware of the incident. I can confirm that the two policemen are in detention at the State Criminal Investigation and Intelligence Department. The Commissioner of Police has ordered an investigation into the matter.”

Related Topics:PoliceRiversshooting spree
Up Next