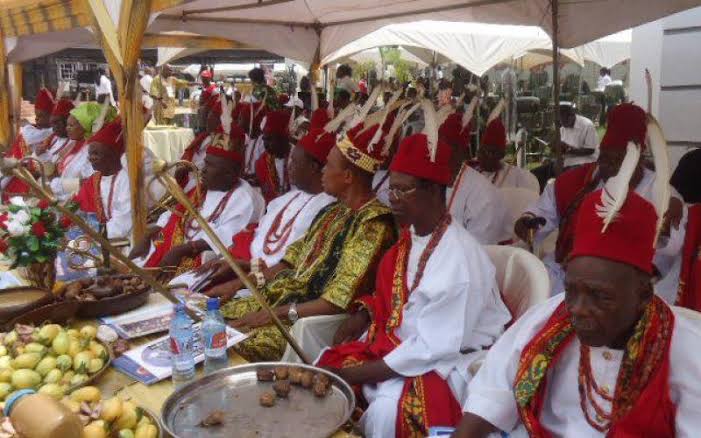 The Igbos have insisted that the next president of Nigeria should emerge from their tribe, rejecting the Vice President slot.

Former Deputy National Publicity Secretary of Ohanaeze Ndigbo, Chuks Ibegbu, in a recent interview, has said other presidential aspirants should support a candidate from the east in the coming 2023 election.
He said: “No way, it’s the presidency or nothing. We are not second-class citizens in Nigeria and will never be. We would rather watch Nigeria unfold an unjust political Whiggery poker than accept a vice president. Are we only good for VP or what?

“What is wrong if we become president? Look, if nobody in Igbo land is ready to battle for president till the end, I chuks Ibegbu will come out and I will win. After all, I am better than most people that have been at Aso Rock since 1999.”

On his part, Dimm Uche Okwukwu, the Deputy President-General of Ohanaeze Ndigbo, said Igbos will not be happy if the slot of the Vice President is zoned to them.

“If you want the presidency, you must prepare for it, be diplomatic and negotiate for it. I support a Nigerian President of Igbo extraction, it can come from any part of Igbo land.

“They would be happier and feel more dignified if they were allowed to produce the president instead of the vice president.

“You will agree with me that they produced the vice president in the person of Alex Ekwueme in 1979, which is 43 years ago, so why would they be going to the same class they have already passed? I think it’s not dignifying.
The Igbos will be sad, they will not be happy, ”he said.

The Igbo people natively Ṇ́dị́ Ìgbò are an ethnic group in Nigeria. They are majorly found in Abia, Anambra, Ebonyi, Enugu and Imo States. A sizable Igbo population is also found in Delta and Rivers States. Large ethnic Igbo populations are found in Cameroon, Gabon, and Equatorial Guinea, as well as outside Africa.

Related Topics:2023 presidencyfeatureIgbo
Up Next