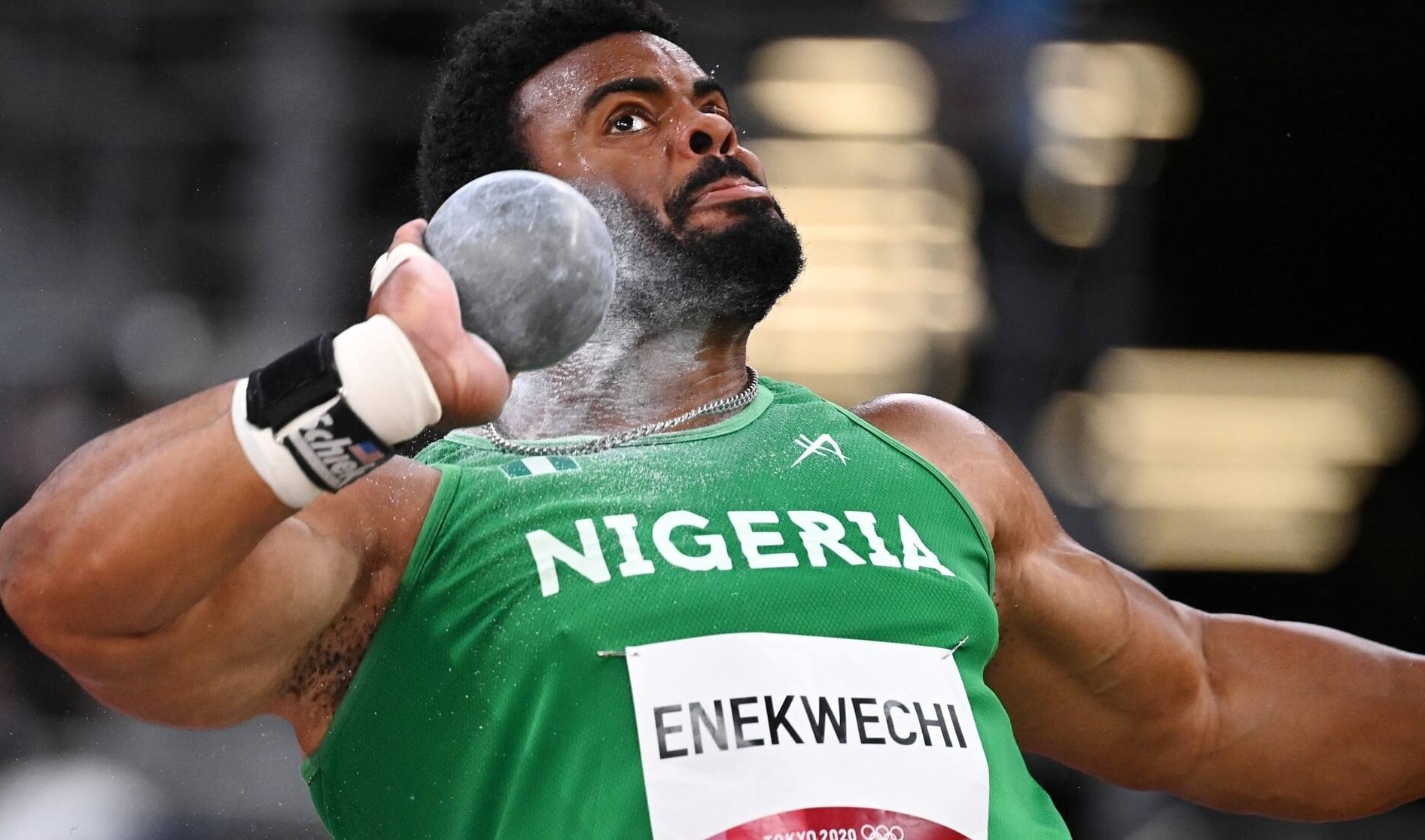 Nigerian sportsman Chukwuebuka Enekwechi has failed to win a medal in the men’s shot put final at the ongoing Tokyo 2020 Olympics.

On Thursday, Chukwuebuka Enekwechi finished 12th after throwing 19.74m on his third attempt.

He fouled in his first attempt, and on his second, he’s thrown 18.87m.

Bare 24 hours before the game, Enekwechi was seen in a video washing the jersey for the final.

The video, which went viral got many Nigerians angry.

Crouser managed a best of 23.30 metres on his sixth and final effort, a new Olympic record after his five previous attempts had also all gone beyond the 22.52m that saw him win gold in the 2016 Rio Games.

The shot put is a track and field event involving “putting” (pushing rather than throwing) a heavy spherical ball—the shot—as far as possible.