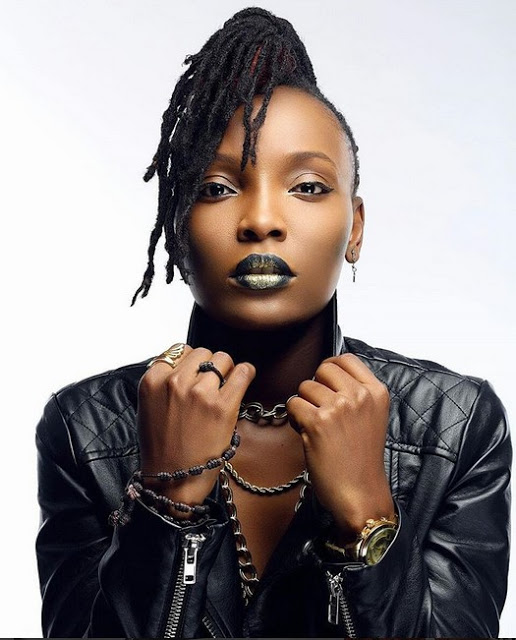 DJ Switch, a multi-talented Nigerian artiste, is the heroine of the Lekki Toll Gate Shooting.

The disc jockey, singer, rapper and songwriter gave situation reports when soldiers opened fire on unarmed civilians, killing and injuring many of them on Tuesday, 20 October 2020.

Over 150,000 people across the world, including foreign media organizations, tuned in to DJ Switch Instagram Live video on the confusion and the race to safe lives that followed the shooting of #EndSARS protesters whose main demand was an end to police brutality.

She and others also helped protesters who had been shot at, even helping to remove bullets from their bodies.

Below are 20 stunning facts about the Disc Jockey who is now fast transforming into one of the leading, young social activists in Nigeria

She was born Obianuju Catherine Udeh,  hails from Udi in Enugu State, is the last of eight children and a single mother.

Though born in Udi, she had most of her childhood in Warri, Delta State and later moved to Abuja. She is currently based in Lagos.

She studied Geology at University of Port Harcourt, burst onto limelight when her group, Da Pulse, emerged as the winner of the 2009 edition of Star Quest.

The group consisting of six members was awarded a cash prize of N3.6 million and another N7.5 million in recording contract plus other rewards.

They further went on to release a hit song titled, So Tey, and featured American rapper, Busta Rhymes in the remix.

Her career fully kicked off after she emerged as the winner of the maiden and only edition of the Glo X-Factor in 2013 at the age of 29.

She was later signed on by Sony Music and later endorsed by Peter Okoye’s P-Classic record label.

Rivers State governor, Nyesom Wike once tweeted: “This DJ switch has my whole family up and dancing nonstop for two hours. This is talent, i am impressed big time.”

Some of the accolades she has received include: nominations for Top Naija Music award for Best DJ (2016), City People Entertainment Award for Most Promising Act of The Year (2015).

She also won the City People Music Award for DJ of the Year (Female).

She was featured on Patoranking’s single “Bad Man” in 2016 and released the music video for her first single “Clap For Them.

She once said in an interview: “I’m unique because I turn tables and I sing as well. My name is Switch, and like I keep telling people, I can always switch my style. Not only do I play, I know how to hold a crowd; that’s something that makes me stand out.”

She also once said: “The truth is what has always kept me going is the motto that I live by which is ‘never give up.’ I play the guitar, I co-produce, I play, I rap, I sing.”

On 20 October 2020, she live streamed the aftermath of the Lekki Massacre. In the video, she and others attempted to remove a bullet from the leg of a man who was shot, tying a Nigerian flag around it.

That same day, rumours went the rounds that she was detained by the military, while others said she was dead, that she was killed in the crossfire at Lekki Toll Gate. But on Wednesday morning, she took to Instagram to say she was alive and well.

*These facts were sourced online.

Related Topics:DJ Switch
Up Next