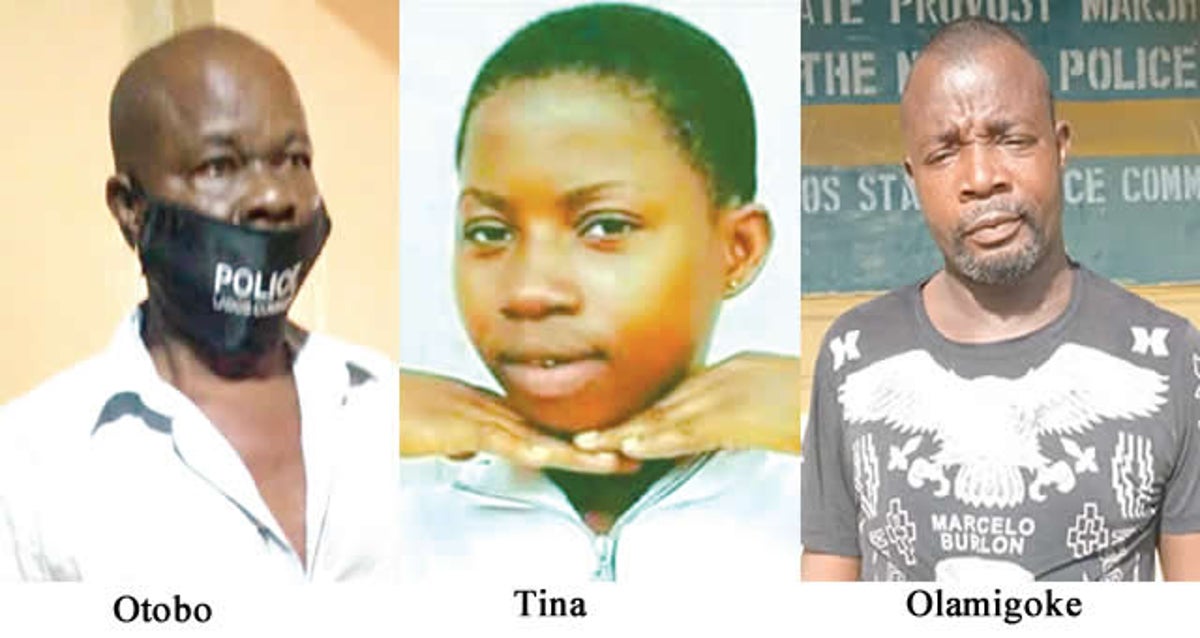 On Friday, many Nigerians expressed anger on social media demanded justice for a 16-year-old girl, Tina Ezekwe, allegedly killed by a trigger-happy policeman in the Iyana Oworo area of Lagos on Tuesday.

The police offcer was said to be from the Bariga Police Division. From TopNaija’s findings, the policeman was trying to arrest a bus driver for violating the nationwide curfew imposed by the Federal Government to check the spread of coronavirus.

In the process, the policeman was said to have shot the bus driver and Tina standing by the roadside. It was learnt that Tina, an Imo State indigene who resided at Bariga, was rushed to a hospital after the incident. However, she died on Thursday evening.

A video posted on Twitter by Oworo TV (@OworoTv), which went viral, showed Tina’s body being dragged amid a panicky crowd. As of Friday, the video had gathered about 160,000 views on the social media platform.

Using the hashtag, #JusticeforTina, Nigerians demanded the prosecution of the erring police officer. On Friday, #JusticeforTina was one of the most trended topics on Twitter. Actress Adesua Etomi-Wellington shared a picture of Tina on her handle, @AdesuaEtomiW, and captioned it “#JusticeforTina. Tina was only 16.”

Another actress, Beverly Naya with the handle @BeverlyNaya also lent her voice to demand justice for the murdered teenager. “This is all too much! Police brutality needs to stop! #JusticeForTina,” she wrote.

Another Twitter user, @aproko_doctor, asked all Nigerians to demand justice for Tina. He wrote, “All she did was stand at a popular junction and she was shot by a Nigerian policeman. It could be any of us, and we will not stop until we have a reform of the Nigeria Police Force.

“I don’t want to mind my business and still be shot.” Sally Suleiman, with the handle @is_salsu, also wrote, “The people who are meant to protect the citizens are killing them. Please lend your voice! #JusticeForTina.”

Twitter user, Ugwunna Ejikem, lamented that Tina was shot dead even though she didn’t bear arms or looked suspicious for any crime.

“Her only ‘crime’ was standing at a popular junction within the reach of a trigger-happy Nigerian policeman. How long will this continue and how long will they keep getting away with this? Please lend a voice. #JusticeForTina,” she wrote.

Another user, Danny (@Danny_Walterr), described the incident as heartbreaking.

“We demand #JusticeForTina a young girl whose future was taken away from her. #JusticeForTina,” he said. Towolawi Jamiu also said, “We will not relent until her (Tina’s) murderers are brought to book. #JusticeForTina.” Facebook user, Samuel Irusota, said enough was enough of police brutality in Nigeria.

He said, “We can’t continue to live with police brutality. Police brutality is evil, inhumane, and a grave violation of fundamental human rights.

“We clamour for justice for the deceased, her family and loved ones. #JusticeForTina #JusticeForEzekwe #SayNoToPoliceBrutality.” Another Facebook user, Femi Osunniyi, decried police brutality in Nigeria. “Tina was not a threat but the police killed her just as they have killed scores of innocent men and women. Justice must prevail,” he said.

Following the outcry, two policemen, Theophilus Otobo and Oguntoba Olamigoke, were arrested by the Lagos State Police Command for the act. Another victim, Musa Yakubu, was said to have also been hit by a stray bullet.

The state Police Public Relations Officer, Bala Elkana, said in a statement on Friday that after the victims were shot, some policemen took them to hospital for treatment. The PPRO, however, said Tina died two days after her admission, adding that Otobo and Olamigoke had been subjected to internal disciplinary proceedings but would be charged to court if found guilty of the crime.

Elkana said, “The Lagos State Commissioner of Police, Hakeem Odumosu, has ordered an in-depth investigation into the circumstances surrounding the death of Tina Ezekwe, 17. Two police officers suspected to have carried out the shooting were arrested and subjected to internal disciplinary proceedings. If found culpable, they will be charged to court. The policemen are, ASP Theophilus Otobo, and Inspector Oguntoba Olamigoke, attached to the Bariga Police Station.

“The incident happened on May 26, 2020, around 10.45pm. The said police officers fired shots from their pin down point along the Berger area of the Third Mainland Bridge, in circumstances yet to be determined. One Musa Yakubu, 35, was injured at the point and a stray bullet hit Tina.

“The bullet pierced through the upper side of her left laps. She was rushed to hospital by a team of policemen led by the Divisional Police Officer. The battle to save her life lasted for two days; she, however, died on May 28, 2020, around 9.29pm while on admission. The second person is in stable condition.

“The police had been in contact with the families of the victims from the day of the incident. The command deeply sympathises with the family and friends of the deceased person. The CP calls for calm and assures the family that the perpetrators of this dastardly act will face the full weight of the law. Members of the public will be updated on the outcome of the investigation.”

Ondo pastor sentenced to death by hanging for murder