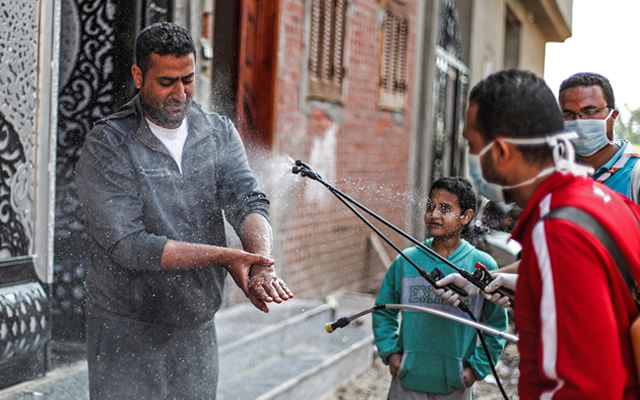 Cancer institute in Egypt has confirmed 15 cases of the novel coronavirus among its medical staff, the facility’s chief said on Saturday, sparking fears of exposure among vulnerable patients.

“Three doctors and 12 nurses were infected by the virus,” Hatem Abulkassem, the director of Cairo’s National Cancer Institute, told a private Egyptian TV channel, adding that the 15 had been isolated.

The facility will be sterilised over three days and patients who were in contact with the medics will be tested, along with all staff members, Abulkassem said.

“It is tough to trace where the first infection emerged as the majority of the (institute’s) medical personnel work in several other places,” Abulkassem added.

He said patient visits had been suspended in recent weeks. Last month, several Egyptian hospitals were closed for sterilisation after cases were detected there.

Egypt has officially declared 985 COVID-19 cases and 66 deaths. The North African country, with a population of over 100 million, has imposed strict social distancing measures, including a night-time curfew, to reduce the risk of contagion, and several villages have been placed under quarantine.

Tourist and religious sites are shuttered, schools have been closed and air traffic halted. Authorities have threatened penalties, including fines and imprisonment, for those caught disobeying confinement orders.