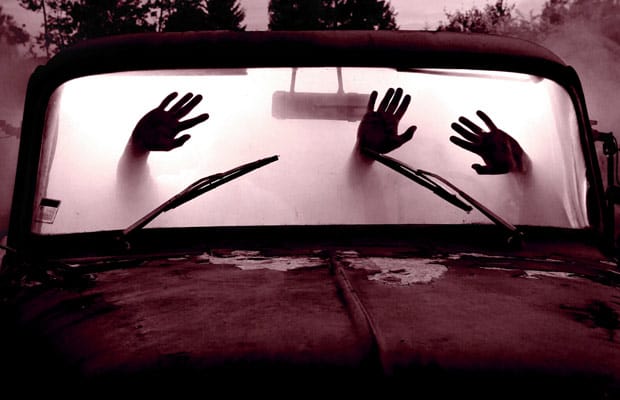 Sex is undeniably incredibly pleasurable. However, sex-related issues are among common reasons for disagreements among couples. Some partners don’t view sex as vital hence their failure to value its benefits to their wellbeing.

Experts have noted that couples should handle sex matter well so they don’t become knotty in the bedroom.

Couples can learn from the 10 benefits of regular sex below to ignite their sex lives.

Oregon State University researchers asked 159 married employees to complete two surveys every day for two weeks. The participants noted how many times they had sex between the end of their work shift and the next morning. Then, in the afternoon, they answered questions about how happy and engaged they felt at their jobs.

People who had sex the night before work were more likely to immerse themselves at their jobs and enjoy their time in the office the next day than those who didn’t make time for sex, the researchers found.

The researcher said, “ This might happen because sex produces a significant ‘morning positive effect.’ Meaning all of the good feelings associated with sex mainly stemming from feel-good chemicals like oxytocin and dopamine carried over and produced a nice mood boost the next day, too.”

According to a study from the Boston University of Public Health, frequent ejaculation lowers prostate cancer risk in men, Health24.com stated.

Researchers surveyed nearly 32,000 men about their ejaculation frequency and followed them up for 18 years. They found that men between age 20 and 29 were 19 per cent less likely to be diagnosed with prostate cancer if they ejaculated 21 times or more each month compared to guys who didn’t ejaculate as often.

The benefit was even greater for older men; men 40 to 49 who met the same ejaculation standards saw a two-per cent reduction in their prostate cancer risk.

The study authors said frequent ejaculation might play a part in clearing out any cancer-causing infections that could develop within one’s prostate. It boosts the immune system and lowers the risk of prostate and breast cancer.

Suffering from insomnia? Don’t overwork yourself. Sex increases one’s heart rate which then helps the body to relax. Feel-good hormones are released during sex, in turn, promoting better sleep and rest. This is one of the major benefits of sex in marriage.

Sex has also been linked to good sleep by some medical experts. One of such is a men’s health sleep advisor, Dr Chirstopher Winter, who said orgasm helped one to sleep better.

He said, “Sex primes you for the perfect snooze by making you feel super relaxed, thanks to oxytocin’s stress-reducing effects. But oxytocin isn’t the only hormone that floods your system after orgasm. Your body also releases a hormone called prolactin, which suppresses dopamine, a neurotransmitter that helps you feel awake.

“Also, if you are having sex in the dark, your body will think it’s time for bed. So that sparks the release of melatonin, a hormone that makes you feel sleepy and tells your body it’s time to rest. The combination of those three hormones makes you sleep in no time.”

After following more than 100 men for an average of 16 years, researchers found that men who had sex two to three times per week had a significantly lower rate of cardiovascular disease than men who only had sex a few times a month or less, according to a study published in the American Journal of Cardiology.

There are some theories as to why that could be, according to the researchers. For one, sex contributes to the physical activity needed to protect one’s heart, Healthline.com stated.

The American Heart Association recommended 150 minutes of moderate exercise per week, so regular outdoor exercise should be done in addition to what one does in the bedroom. Besides, it noted that if one was having frequent sex, one would more likely to be in an intimate relationship.

The researchers, however, put a caveat to this, saying if a person had cardiovascular problems in the past, such person should probably wait to have sex until their heart issues returned to normal.

“Talk to your doctor before you do the deed, especially if you are on medication,’’ the researcher added.

A supportive partner makes for a happier heart– physically and emotionally by easing your stress levels. That’s a win for your ticker. Too much stress can cause a heart attack or stroke by increasing the amount of inflammation in your body, a research from Harvard Medical School found.

A study published in the American Journal of Medicine stated that having sex keeps manhood strong. It stated that men don’t have to use the weapon often to notice the benefits.

In a five-year Finnish survey of nearly 1,000 men aged 55 to 75 years old, those who had sex once a week were half as likely to develop erectile dysfunction than men who did less often.

Supporting this study, a medical doctor, Juha Koskimäki, said, “An erection delivers crucial amounts of oxygen to your penis. Low oxygen levels can cause scar tissue to develop, which can make it difficult to get hard. But if you’re going through a dry spell, remember that other factors you’re in control of – like smoking and inactivity also raise your erectile dysfunction.’’

It’s normal to be excited and happy after orgasm but that’s not all to it. There are also scientific reasons why one experiences bliss after having great sex.

Scientists explained that the body is flooded with oxytocin, a stress-reducing hormone a few minutes after one climaxes. “This makes one feel relaxed, happy, and closer to one’s partner afterward,’’ the scientist added.

A sex researcher at Indiana University, Dr Debby Herbenick, said, “Since your oxytocin levels stabilise 10 minutes after you orgasm, try cuddling post-coitus to keep the good vibes going. Oxytocin can be released not only during intercourse but also during close touching.”

Also, a lead researcher of a Canadian study on how sex makes one happier, Dr Robin Milhausen, said, “Not cuddling is the biggest mistake you make in bed, the woman is more likely to find the experience pleasurable if you spend six to 10 minutes cuddling with her afterward. She also gets a rush of oxytocin after orgasming, which makes her crave more affection. Simply playing with her hair, rubbing her back or resting her head on your chest can help her get that.”

A clinical neuropsychologist at the Royal Edinburgh Hospital, Dr David Weeks, said his extensive research had found older men and women with an active love lives looked five to seven years younger than their actual age.

He said, “But you don’t have to be at it every night to enjoy youth-enhancing effects. In fact, during my 10-year study, I found the quality was as important as quantity, with the anti-ageing benefits stronger if the sex was classed as loving.”

An orgasm might act as a natural pain-reliever, according to a 2013 German study. Your brain is bombarded with endorphins; neurotransmitters that produce a feeling of pleasure and pain relief-during sex, so researchers wanted to find out if having sex while one’s head was aching might ease the pain.

It is often believed that sex makes relationships last longer but there’s more to mentioning it on the surface. A study from the University of Toronto Mississauga said having sex once a week kept lovers happy.

The research stated that having sex more than once wouldn’t make one happier so sex once in a week is what one needed to make one relationship more lively, healthier and better.

Also, a study published in the Association for Psychological Science, said all the happy feelings experienced after sex could last up to 48 hours for couples, which keeps their bond going strong long after the completion of the session.

A biostatistician at the University of Alabama at Birmingham, David Allison, found that the average person burnt a mere 21 calories during average sex session. He discovered that sex lasted six minutes on average, noting that the energy output equated to a paltry 20 or so calories, about the same as walking.

However, if done with enough gusto, sex could still count as ‘significant exercise’, the Quebec researchers said, reporting in the journal Plos One.

“The level of intensity that is exerted from sexual activity could be higher than that of walking at (4.8km/h) but less than that of jogging at (8km/h),” the researchers wrote in the study.

The researchers, from the University of Quebec at Montreal, looked at 21 heterosexual couples aged between 18 and 35. The average recorded session lasted 24.7 minutes – the shortest being 10 and the longest 57 minutes. During four sex sessions at home, couples wore a SenseWear armband that tracked their energy expenditure. They also answered questions on how tired they were afterwards, how much effort they put in and how much they enjoyed it.

Participants previously underwent a half-hour treadmill test so the researches could measure how many calories they burned during exertion-and then compared the readings from the armband worn during sex. Men, for example, burned 9.2 calories per minute on the treadmill – but 4.2 in the bedroom. For women, this fell to 7.1 calories while jogging.

There are a number of chemicals our bodies release during sex that can affect how we feel. During sex, our brains release endorphins—”feel good” chemicals that can reduce irritability and feelings of depression.

Another hormone, oxytocin (the “hug drug”), is released with nipple stimulation and other sexual activity.5 Similar to the effect it has on nursing mothers (oxytocin is responsible for the “let down” reflex in breastfeeding), oxytocin can create a sense of calmness and contentedness.

Fight colds and flus with sex! Antigens like immunoglobulin A are released during the activity, which can fight common colds and even flu. More antigens released means stronger immunity and a healthier body. Finally, orgasm leads to the release of yet another hormone, prolactin, that can aid in sleep

12 unique ways to have a terrific Valentine at home