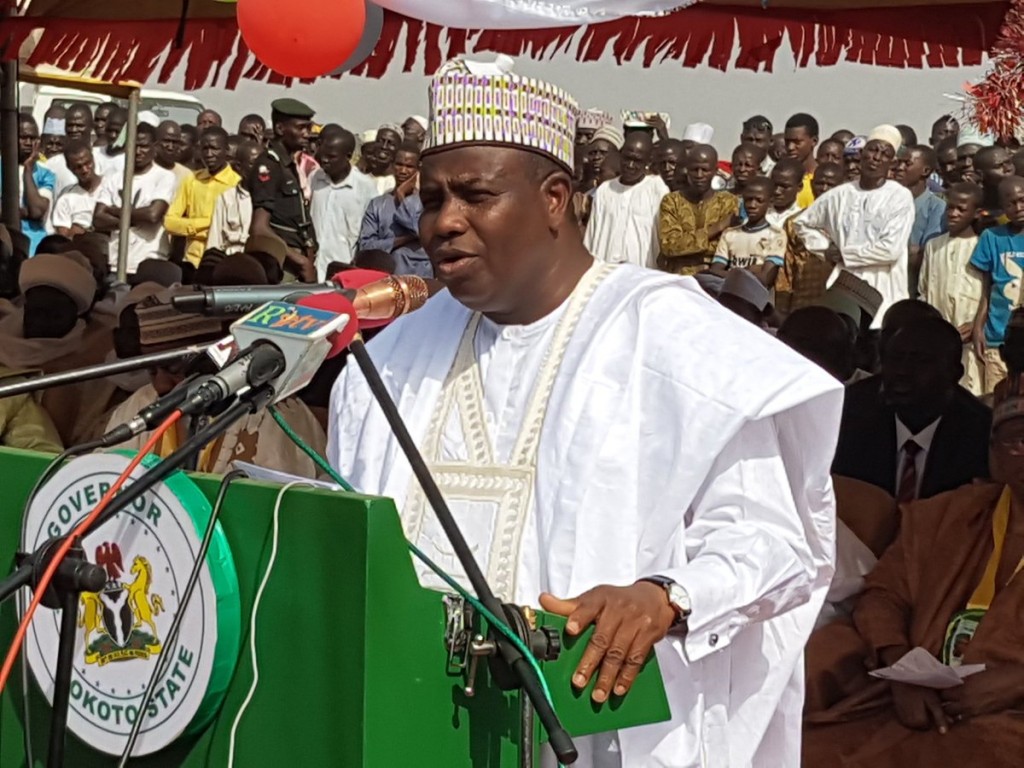 An unfortunate stampede for the monetary gift doled out by Governor Aminu Tambuwal in Sokoto on Friday has led to tragedy after a policeman shot dead one person, TopNaija reports.

The policeman also injured three others. The shooter, a police sergeant, identified as Bello Garba, was promptly arrested by the Sokoto Police Command.

His victims have also been identified. Bello killed 25-year-old Aminu Abdulrahman and injured Junaidu Abba, Babangida Muhammad and Awaisu Alti, during the incident at Sultan Bello Jumu’at mosque, in Sokoto..
.

The injured will be treated, while an autopsy will be carried out on the dead. Sadiq said victims were said to be sharing money doled out by Gov. Aminu Tambuwal after the Juma’at prayers to mark Nigeria’s 60th Independence anniversary.

Sadiq said that the Sergeant, of Counter Terrorism Unit Base 18 Gusau, was attached to Government House Sokoto. He said that “the policeman unprofessionally fired without reasonable justification at that material time.”

”The Sokoto State Police Command condemns in its entirety the unwarranted, uncivil and unprofessional conduct of a Police Sergeant on special duty in the state.

”Commissioner of Police. Mr Sani Kaoje had ordered the detention and trial of the erring officer and charged the state Criminal Investigation Department to speed up investigation and come up with objective findings,” Sadiq said.

He added that the commissioner also charged all officers and men of the Command to deploy professional acumen, including psychological capacity to enhance the safety of the people, and not to resort to using arms against the populace.

”The incident occurred at about 2:30pm, shortly after the special Juma’at prayers offered in commemoration of Nigeria’s forthcoming 60th independence anniversary at Sultan Bello Juma’at Mosque.

”The Governor of Sokoto State, Aminu Tambuwal while magnanimously giving out gifts to the needy, a brief distribution which gave birth to an upsurge in would-be beneficiaries.

“However, in an unconventional effort to control the crowd after the departure of the governor the policeman fired the shot,” Sadiq added.